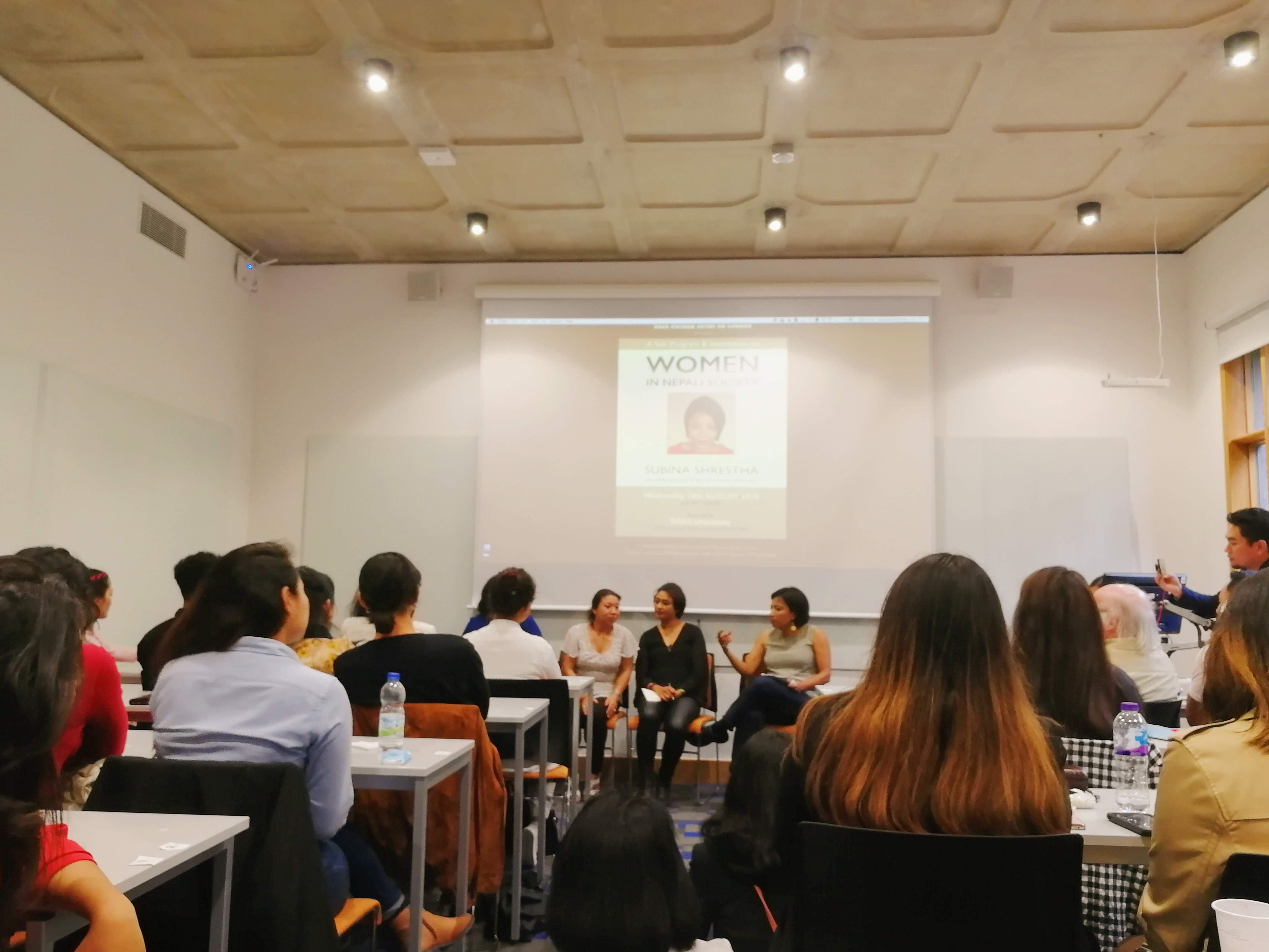 Award-winning filmmaker, journalist & Harvard Nieman fellow 2017 Ms Subina Shrestha delivered an inspiring and thought-provoking talk on the status of Nepali women in the society and the various challenges they have been facing historically. Organised by Pasa Puchah Guthi UK (PPGUK) London in SOAS University, the talk was attended by 75-strong audience which constituted of mainly young girls from Nepali diaspora in the UK.

The talk program also included a panel discussion where members of London Nepali community, Ms Rukmani Manandhar, Ms Menka Shrestha Ms Pratima Joshi and Ms Luxmi Rai expressed their real-life stories and experiences to highlight the situations that Nepali women have to face and how they can be handled. Questions from the members of audience were answered by Ms Subina Shrestha after the panel discussion.

President of PPGUK London Mr Sanyukta Shrestha delivered a talk listing various real-life scenarios for women in Nepali society in the UK, and how his organisation has handled them with an aim of changing the social stereotype and moving towards a more progressive society. Former General Secretary Ms Tribeni Gurung thanked the audience and called for ideas to further the debate in the UK Nepali community.