Pasa Puchah Guthi UK London organised YenYaa Punhi (Indra Jatra) festival for the first time in the UK. In the Central London venue of Clarence Way Hall, Camden, more than 150 Nepalese and British guests got involved with Nepal’s unique culture getting blessings from the living Goddess Kumari, participating in the dance of PuluKisi, drinking alcohol from Hathu-Dya’s mouth and presenting the mountain of SamyeBaji. 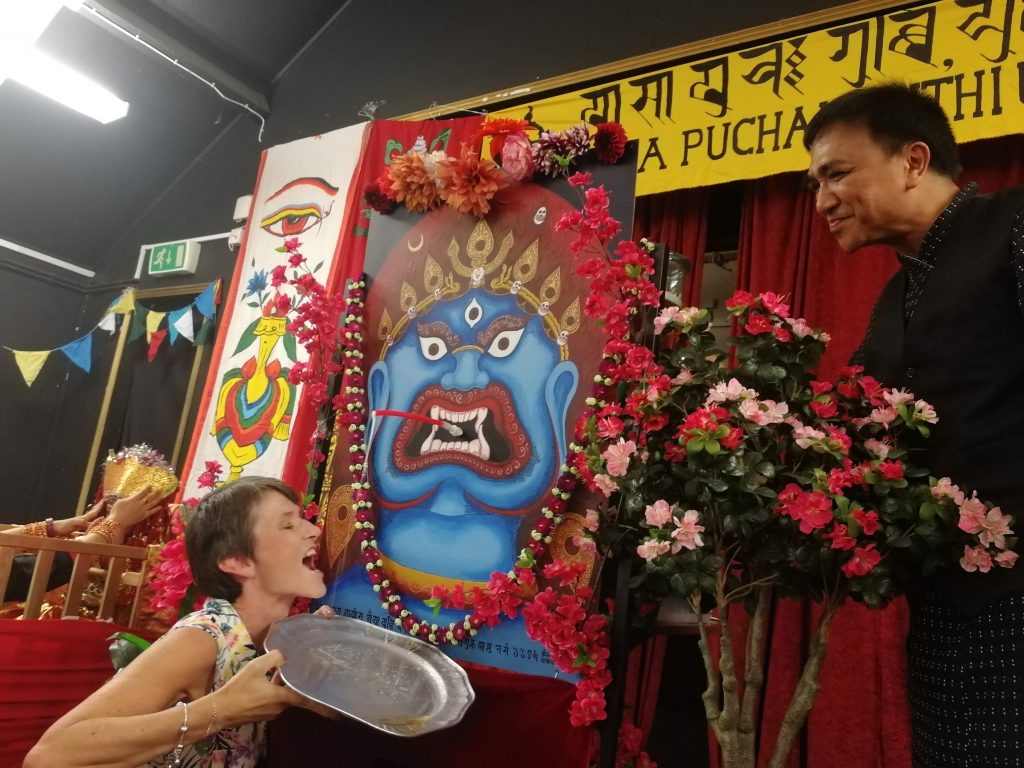 Vice-President of PPGUK London Ms Rukmani Manandhar welcomed the guests before selected cultural artists from London delivered their best performances including “Laa Chaku Woyeka” by Deepak Shrestha and a number of kids and “Likka Woya” by Susisma Manandhar. Artist Rupesh Dangol created the elephant God PuluKisi and performed it’s dance with a number of kids. 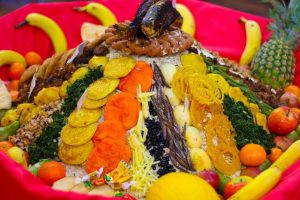 President of PPGUK London Mr Sanyukta Shrestha presented “YenYaa for Kids” – a story-telling session about the legends of YenYaa Punhi involving a series of illustrations characters and animated sequences enjoyed by 30 kids present at the event.

President of PPGUK Board of Trustees Mr Ojesh Singh led the Pulu Kisi around the hall and enacted the role of Majipa: Lakhay by mixing the SamyeDwon (mountain of SamyeBaji), throwing it in the air as an offering to the Gods and then to all other  guests. 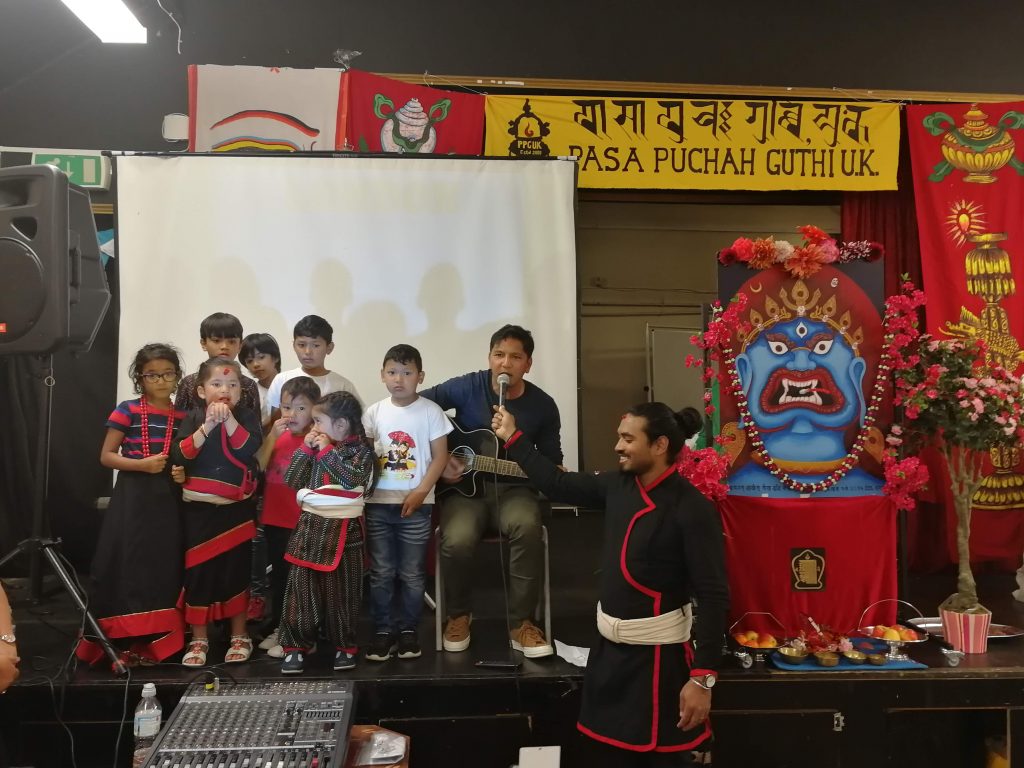 Former President of PPGUK London Dr Sachetan Tuladhar drove the tradition of Hathu-Dya Hayekay by dispensing free alcohol to all guests through a pipe inserted through the mouth of Hathu-Dya or Shwet Bhairav. Men and women from all caste and creed showed great interest in this session by queuing up for the sacred drink.

Four years old Nirvika Joshi was worshipped as the living Goddess Kumari and paraded in a traditional palanquin before being approached for darshan by all guests. 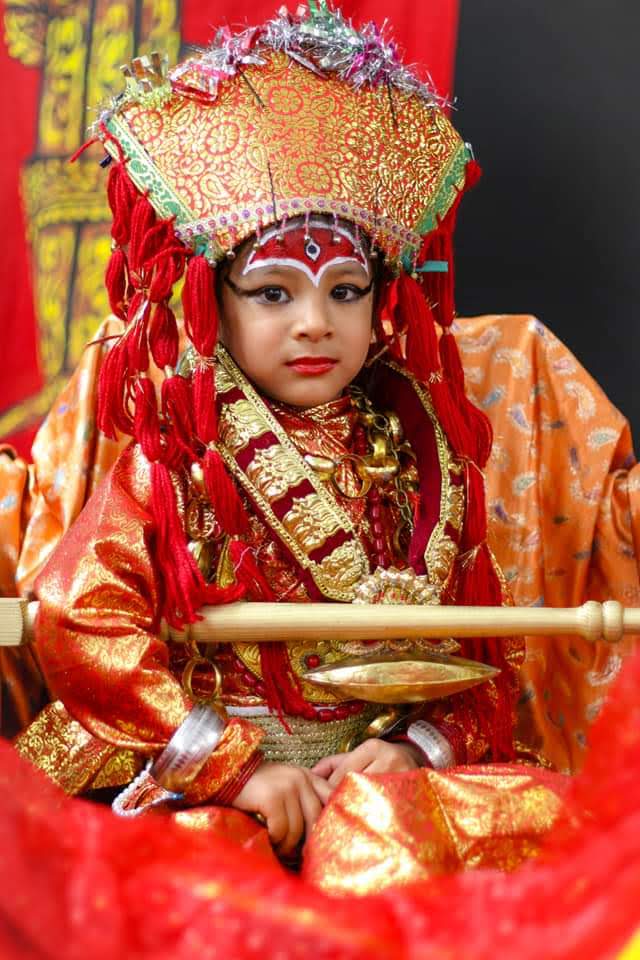 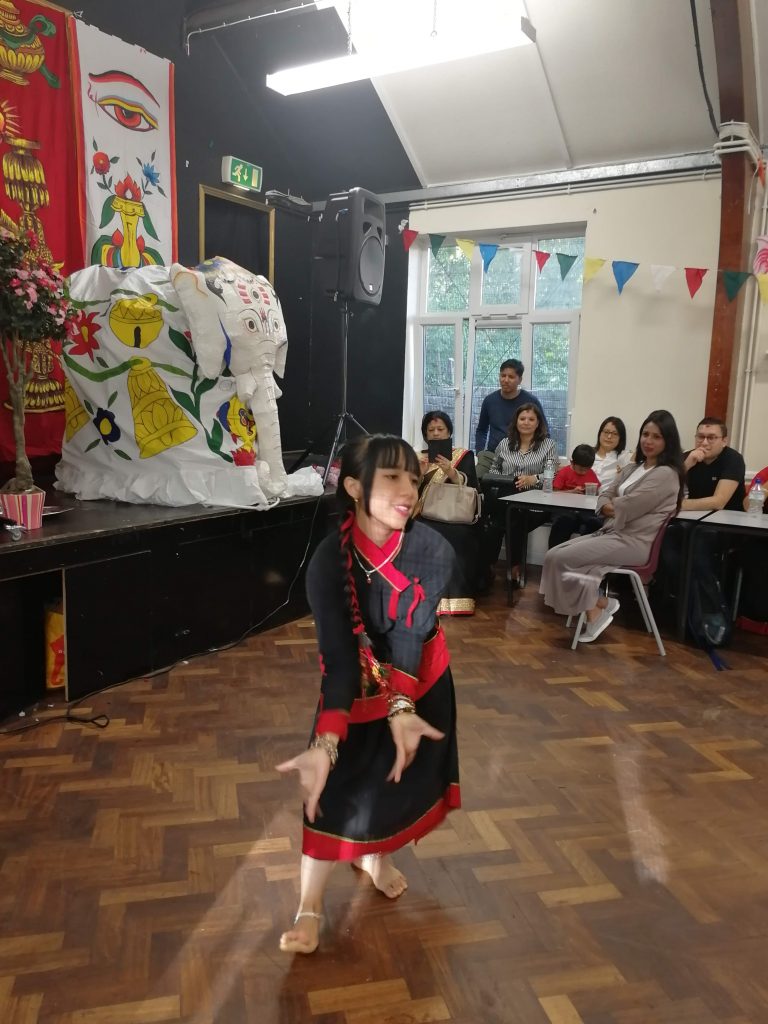 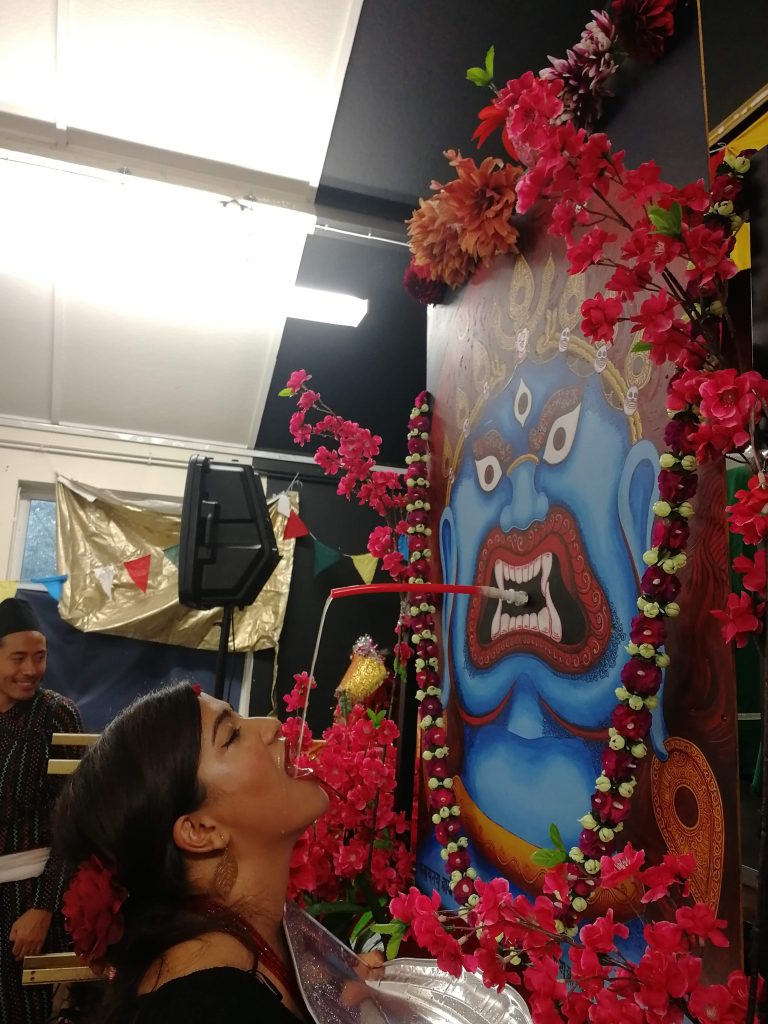 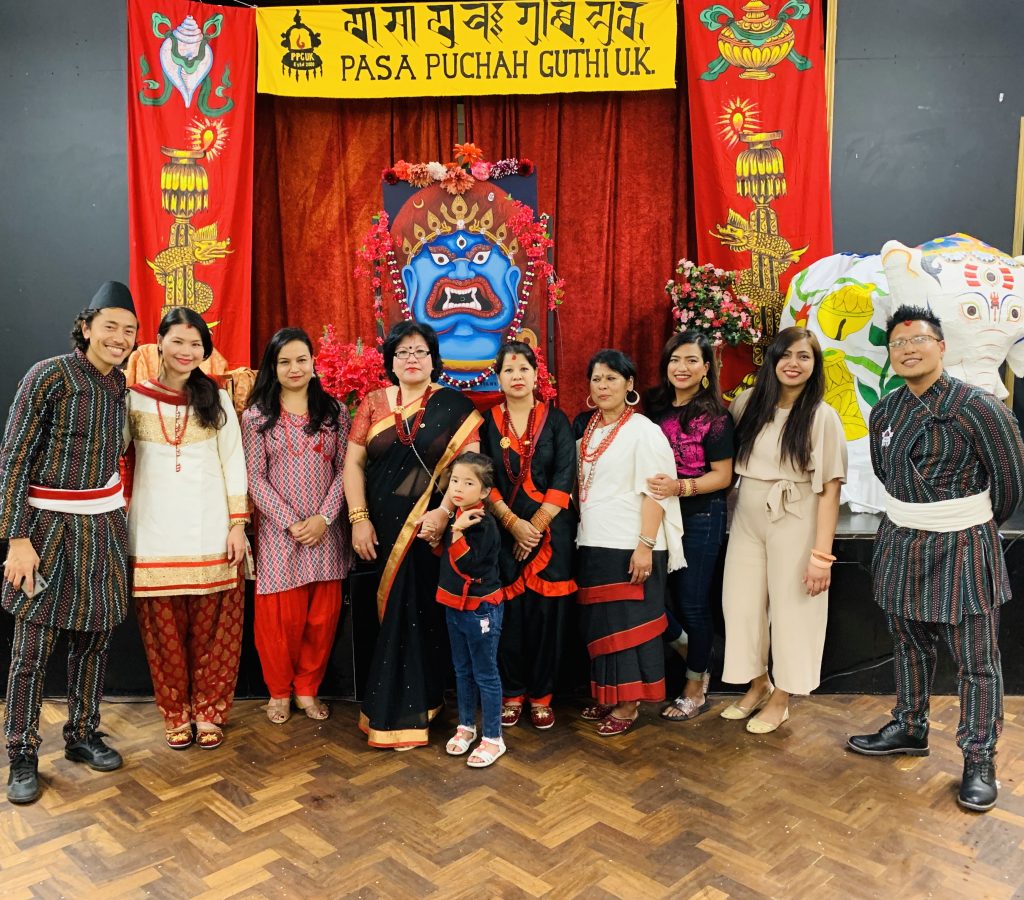 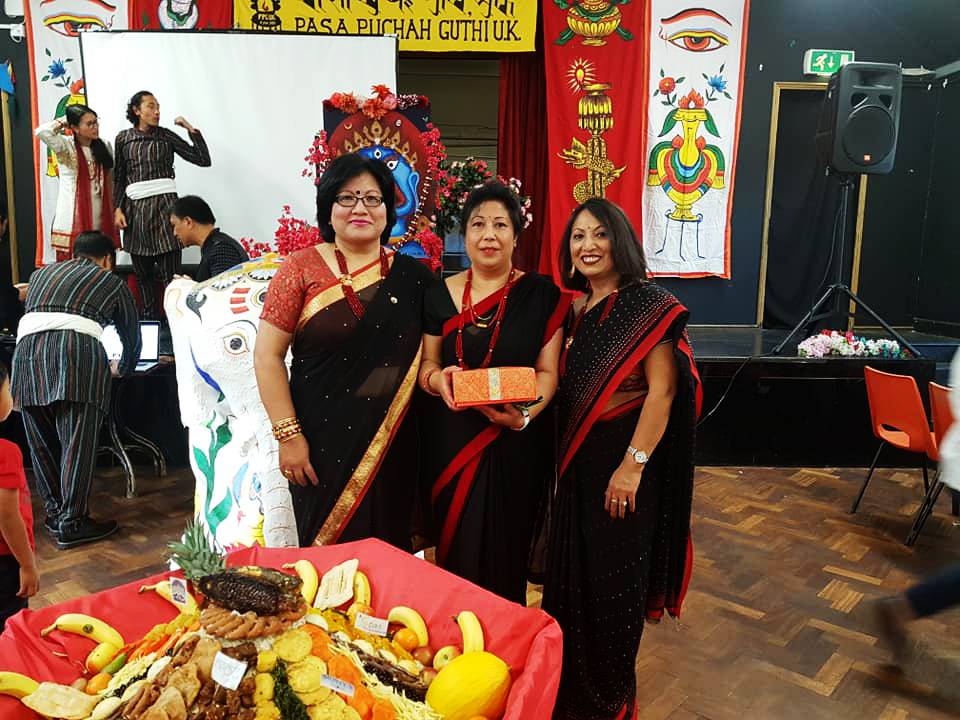