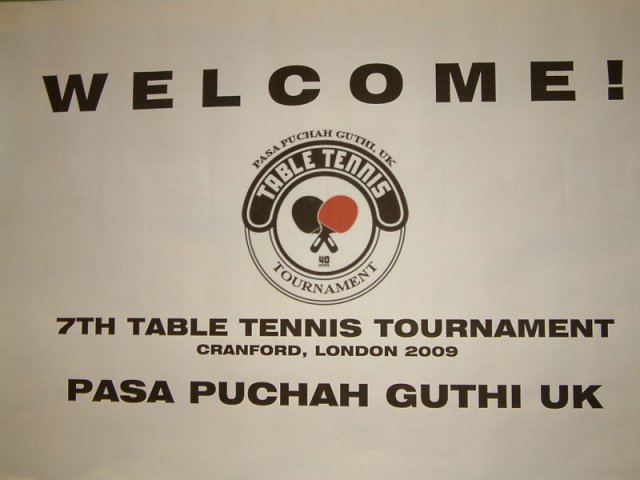 Continuing the yearly tradition Pasa Puchah Guthi UK has successfully organised the 7th Table Tennis Tournament in Cranford Community College in Cranford London. Charge-de Affaires of Nepalese Embassy His Excellency Mr Jhabendra Aryal was the Chief Guest in the programme. Likewise Mrs Poonam Dhillon, the Councillor of Cranford, and Mrs Bagi Gill, as well as the representatives of various organisations were present in the tournament.

In different categories nearly 50 players had participated in the tournament and the followings have been the winners:

In the key note speech the Charge-de-Affairs Mr Aryal had congratulated all the winners, participants and PPGUK for organising the programme successfully. The Councillor Mrs Dhillon, and Bagi Gill had awarded the winners and all players with shields and certificates.

In the same programme Certificates of Appreciation were awarded to the players of the PPGUK Football Team who had participated in different football cups and secured second position in the Reading Cup last year.

The programme was conducted by Krishna Chakhun and the tournament was managed by the sports sub-committee PPGUK comprised of Vice president and Coordinator Binod Shrestha, Chairman Suresh Vaidya and Sambandha Pradhan. Similarly PPGUK General Secretary Rameshwar Shrestha and Joint Secretary Menaka Shrestha had managed the food and refreshments for all present in the programme. Treasurer Dhiraj Shrestha and the Joint Treasurer Pratima Joshi had undertaken the financial management of the programme. Excutive Member Sabin Rajbhandari had covered the photography of the programme.

At the end Acting President Krishna Chakhun had delivered the vote of thanks.

PPGUK have also announced a Chess championship in the next month June 2009. The details will be available soon.