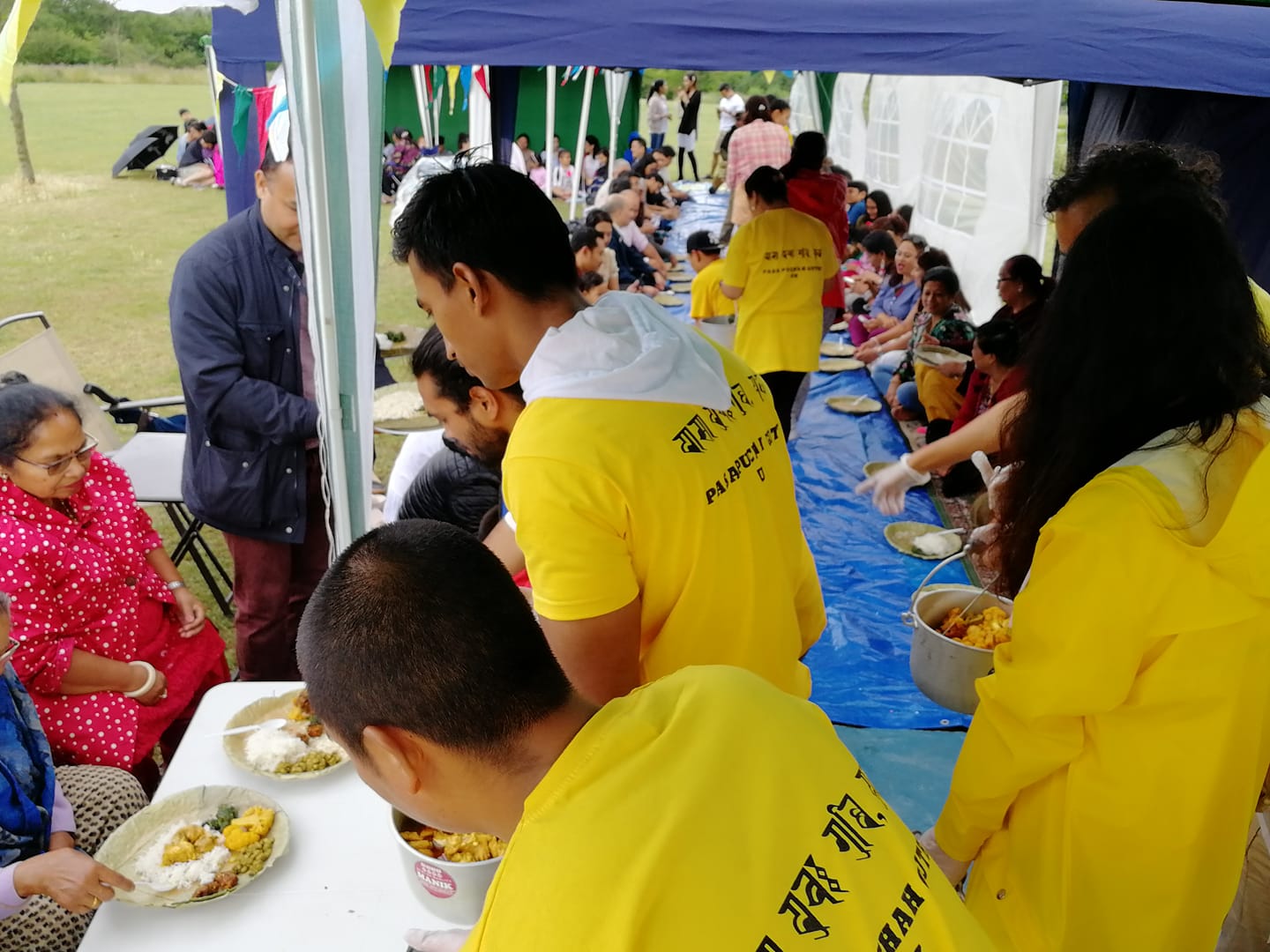 As the first festival of the Nepal Samvat year, – “GathaaMugah Chahre” was marked for the first time in London with an introduction in Nepalbhasha by Guthi’s Culture Secretary Ms Pranisha Shakya. While she explained various customs and beliefs associated with the festival, around 20 kids coloured the mask of GathaaMugah demon besides playing various other outdoor games. 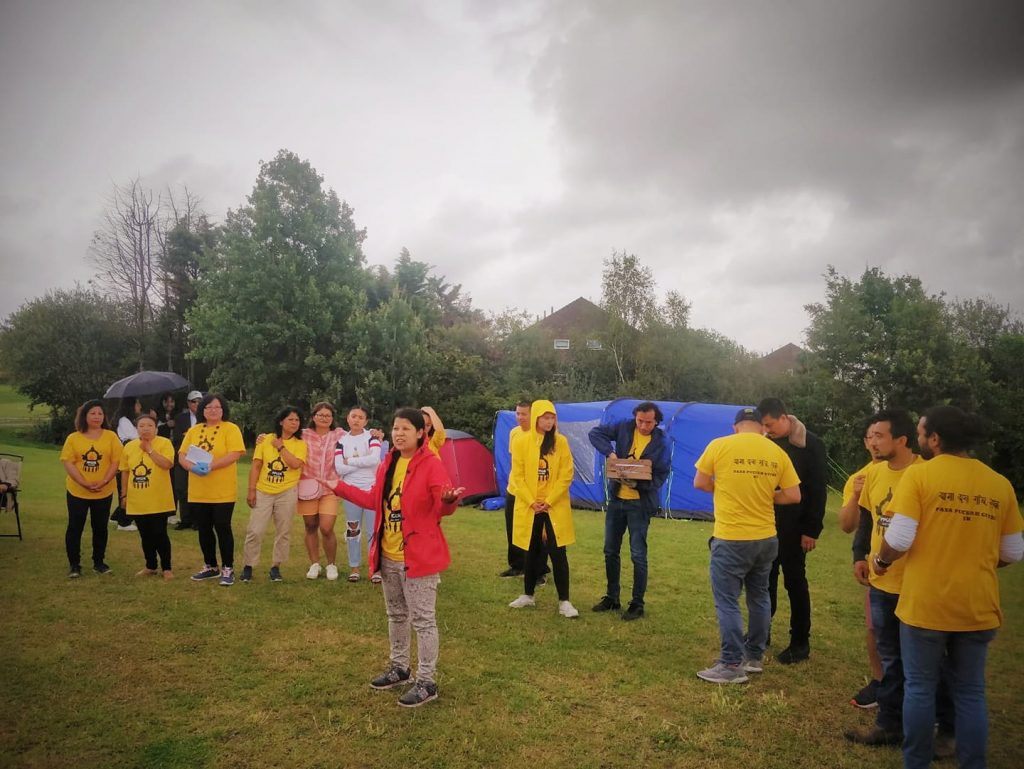 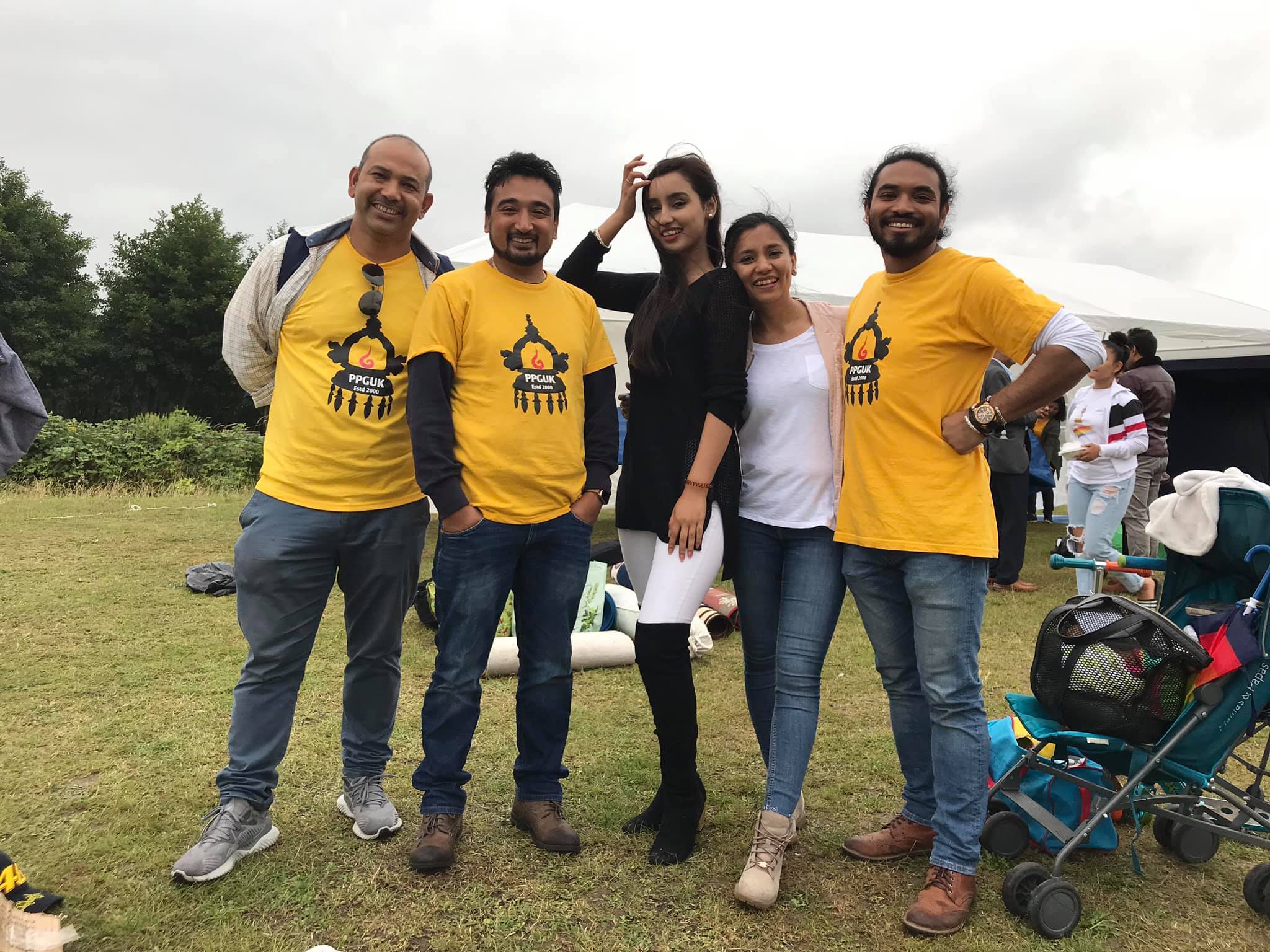 Guests were served traditional feast as a jhwo-bhwoye where participants sit in long rows and volunteers serve each item in a particular order on laptay (leaf plate).

This was PPGUK London’s first jhwo-bhwoye which was made possible as a community effort by its current and former office bearers, as well as local businesses like Nepal Foods, Nepal Authentic Dining, Monty’s Restaurant Fulham and Monkey Temple Restaurant.

The fun outing concluded with a Bingo game conducted by Mr Sandeep Shrestha and Mr Ojesh Singh, while the prizes were sponsored by Monty’s Restaurant Kingston and Nepal Authentic Dining. 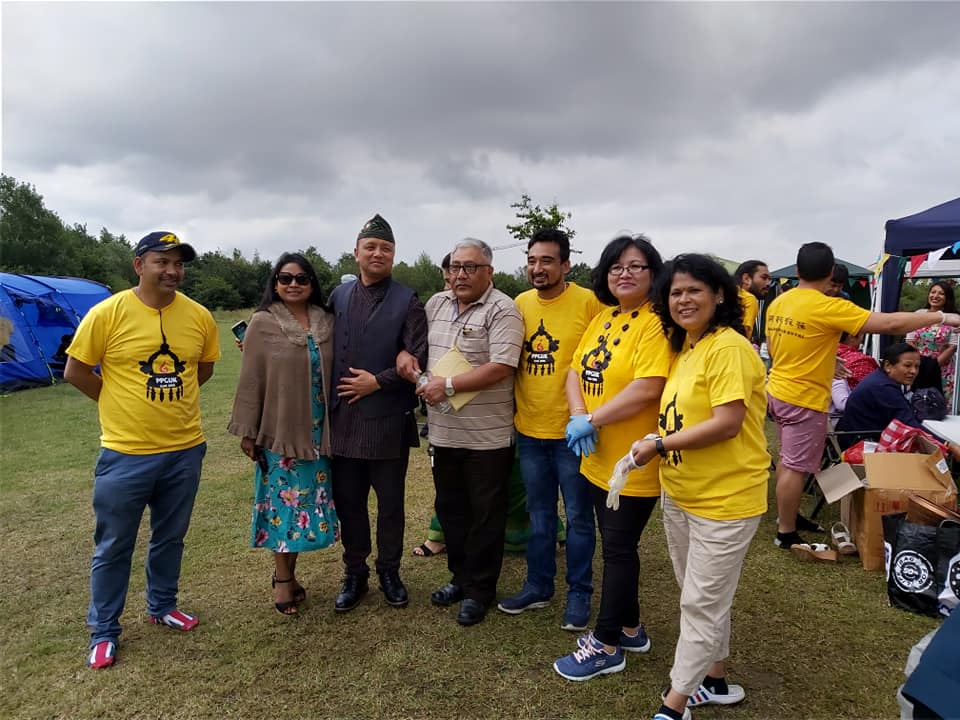 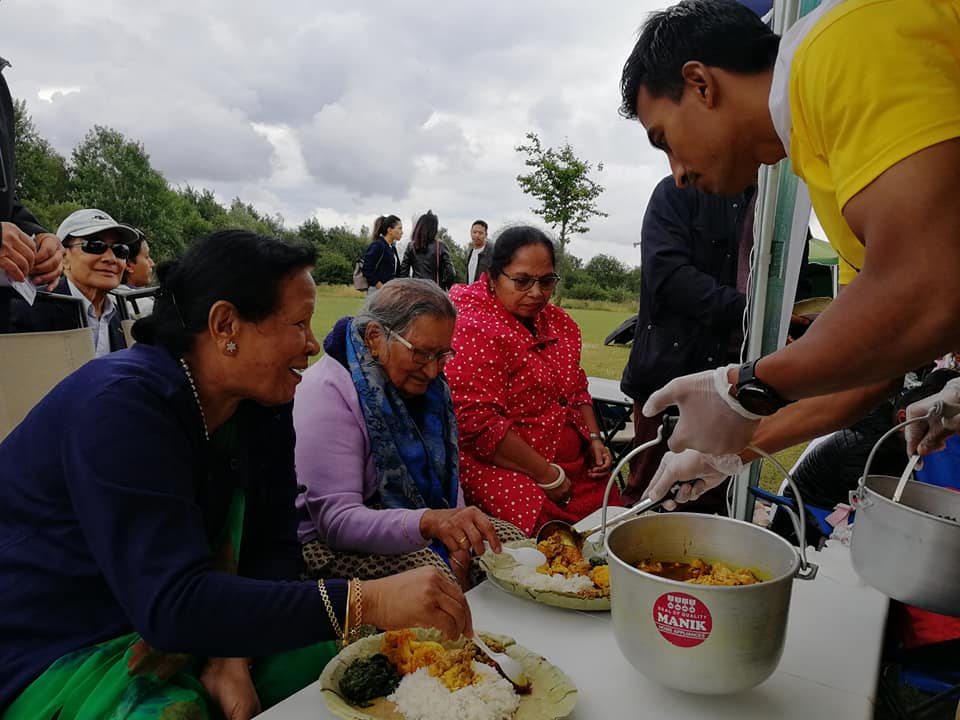 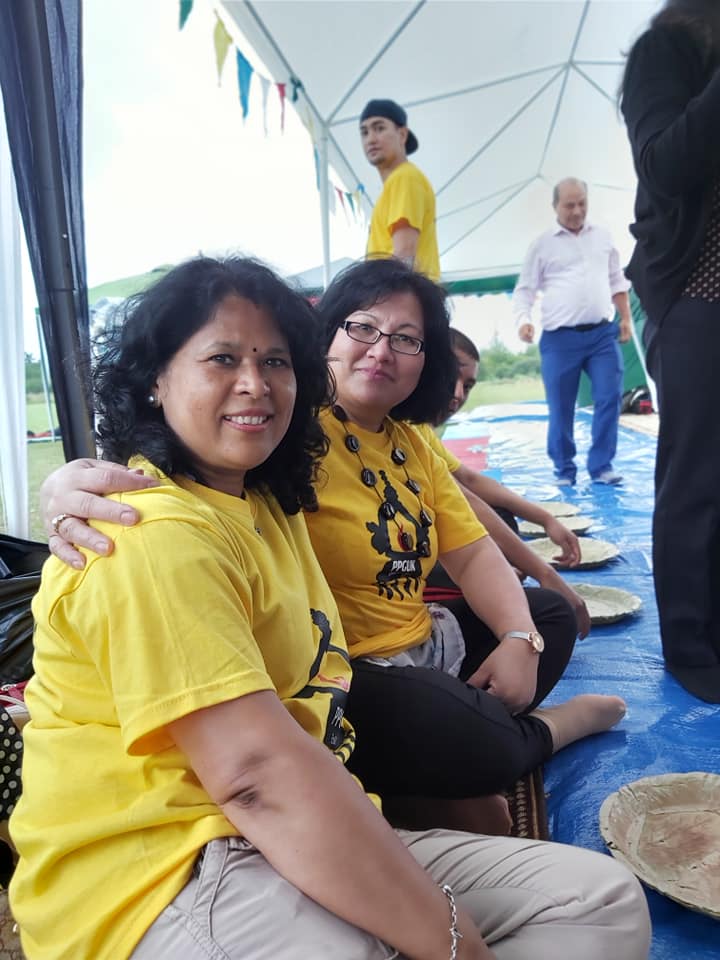 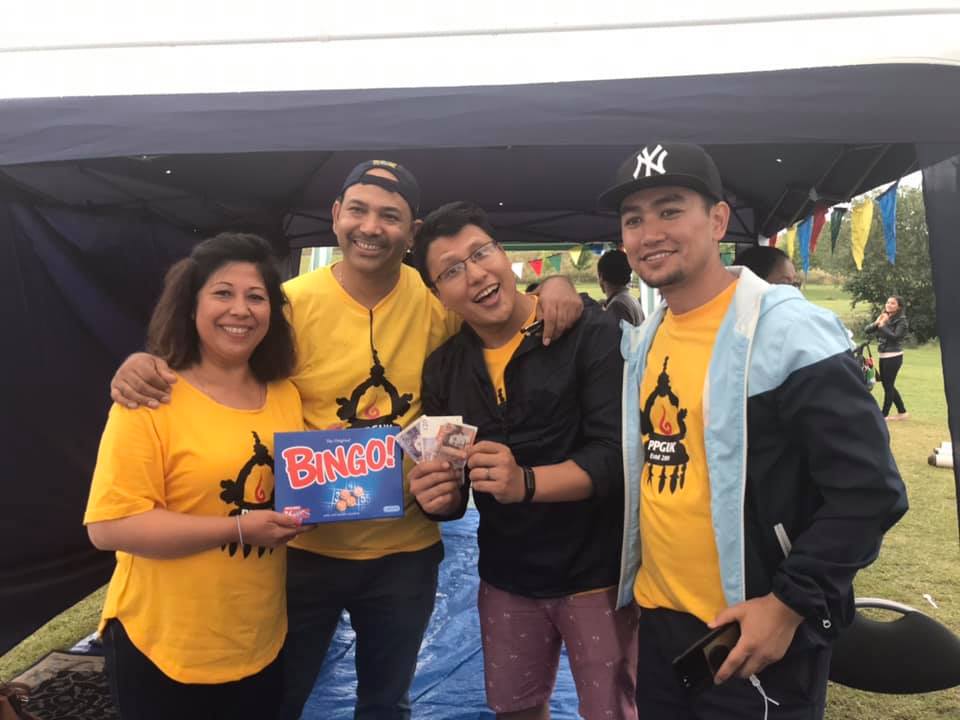 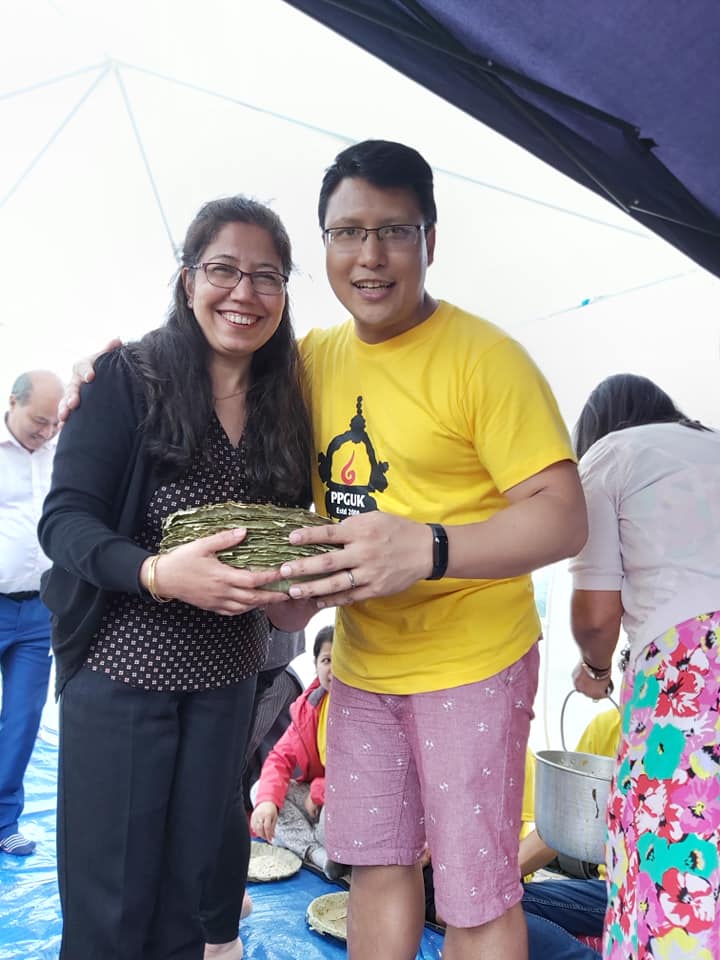 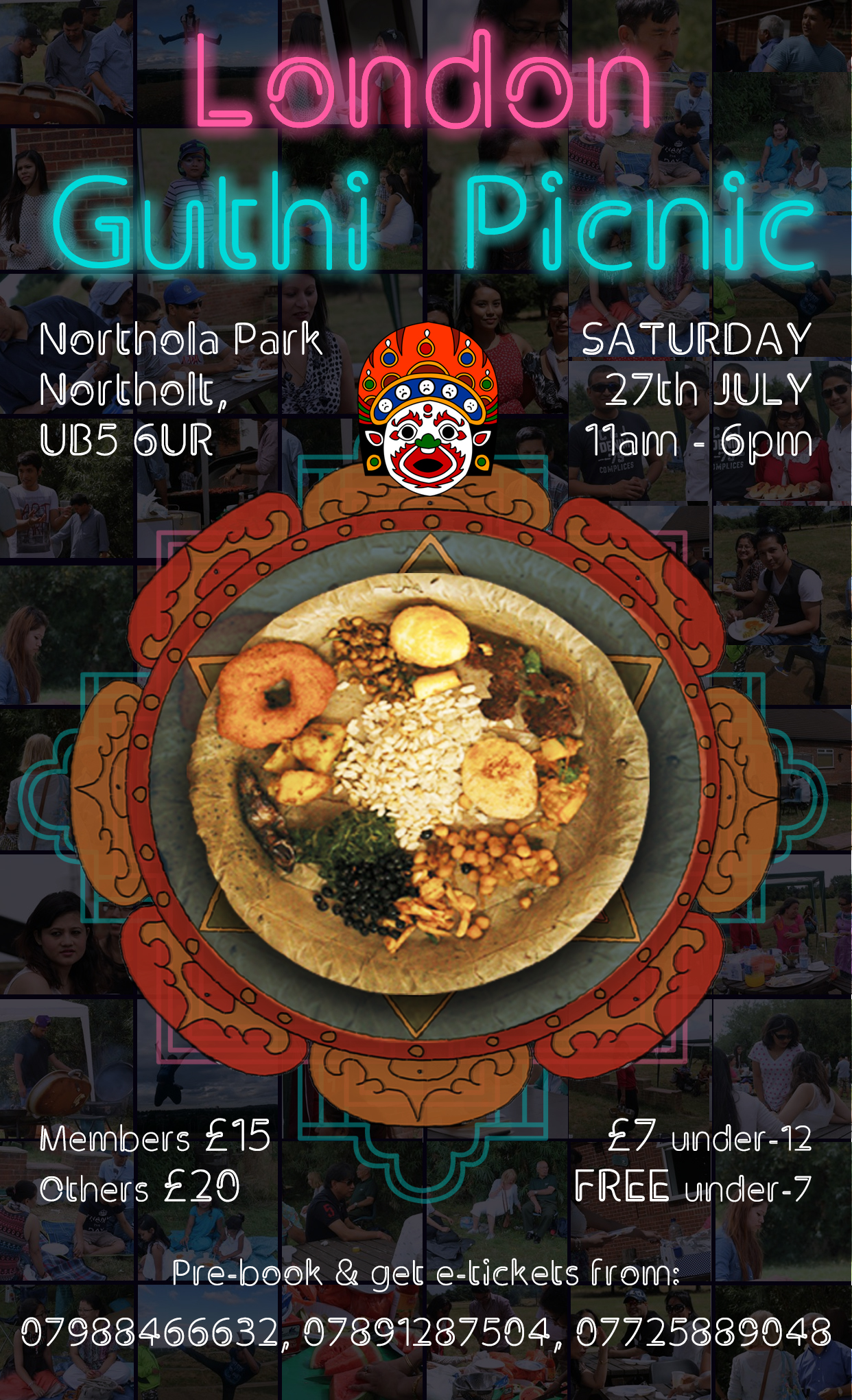 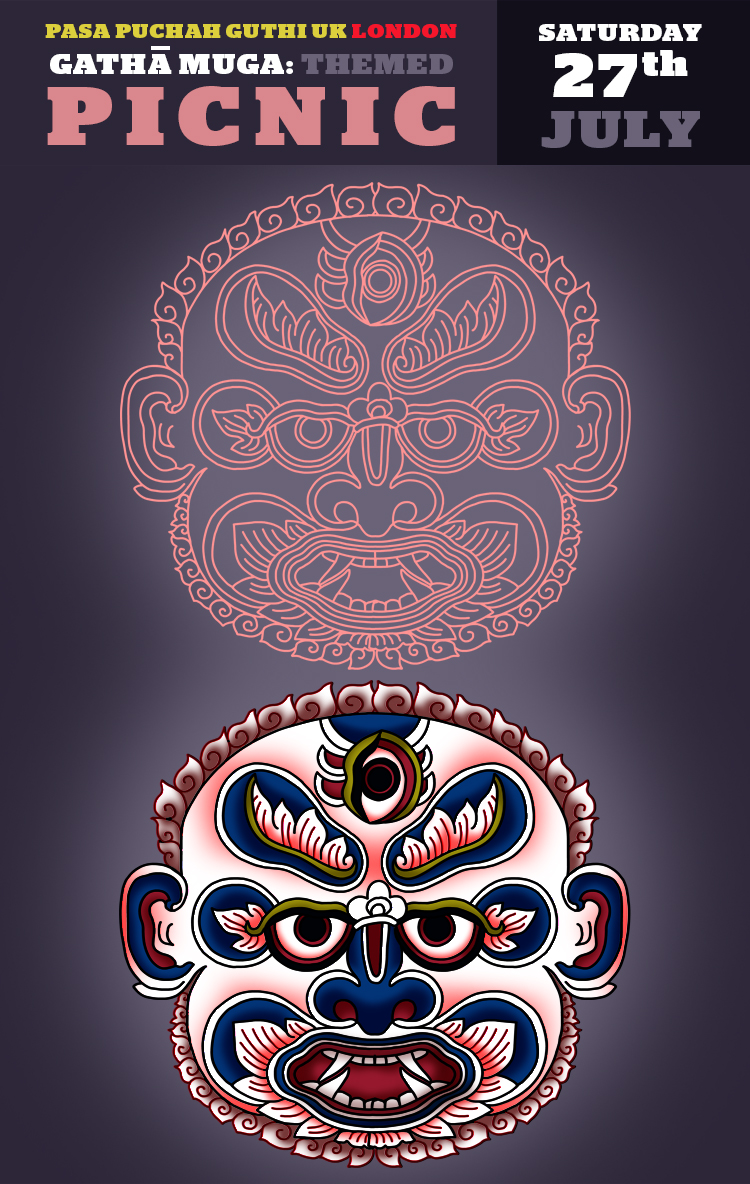