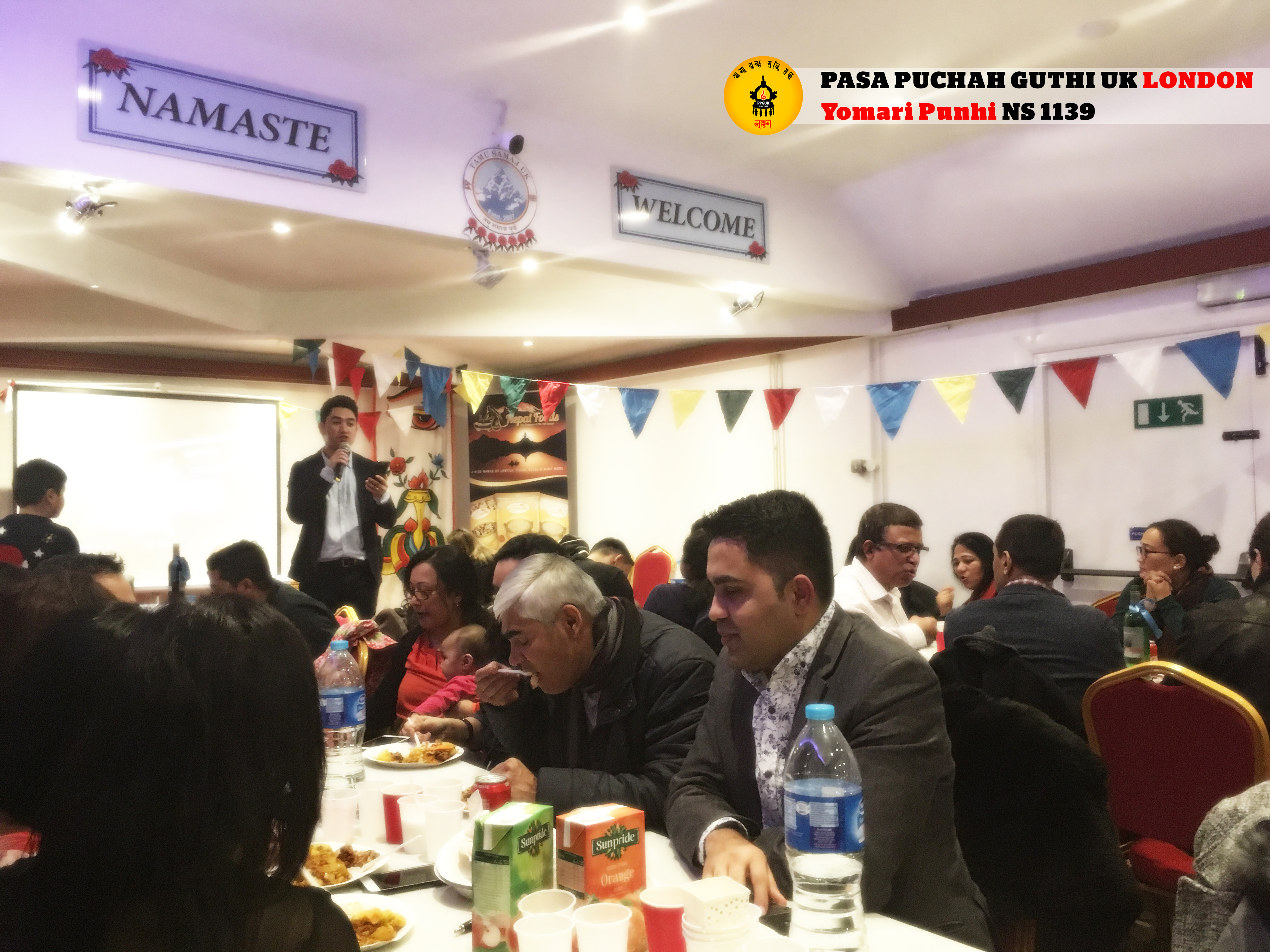 Celebrated with the release of kids’ computer game ‘Yomariman’ 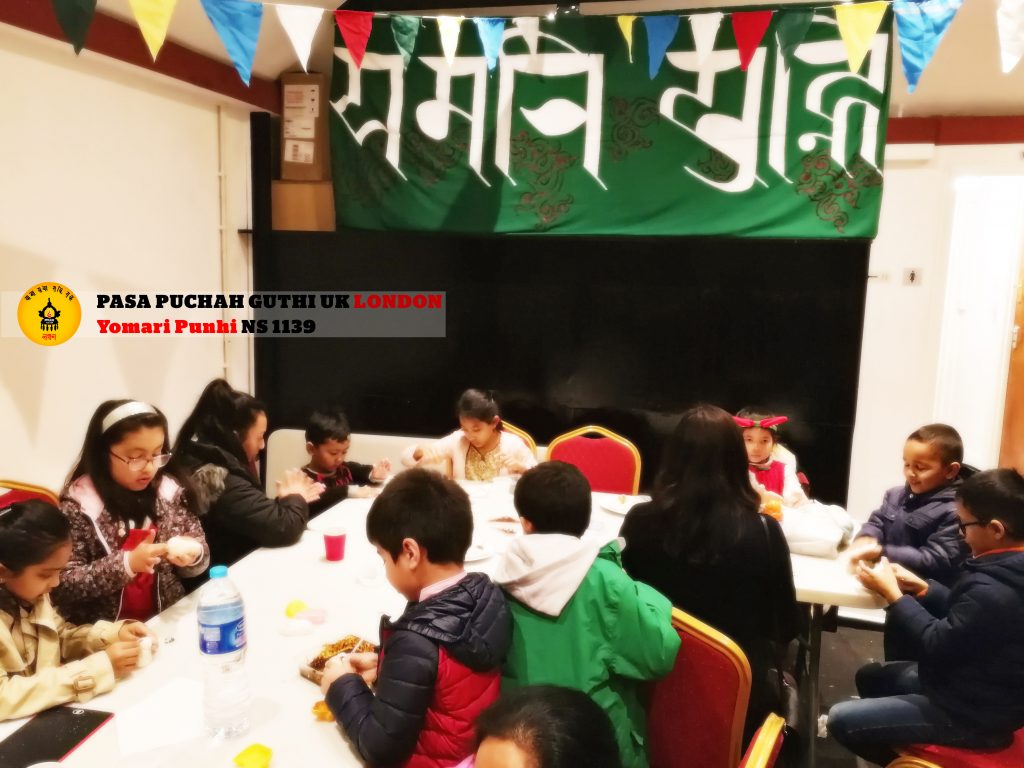 Kids made their own yomari

15 kids present at the event were given an hour of workshop on how to cook yomari. They participated actively with creative ideas and prepared their own yomaris under the supervision of executive member Ms Nhyoumila Tuladhar. For the adults, a Yomari quiz contest was conducted by General secretary Mr Sandeep Shrestha and Cultural secretary Mrs Pranisha Shakya. While the questions related to the tradition of yomari punhi were prepared by author Mrs Bimal Prabha Bajracharya, Vice-President Mrs Rukmani Manandhar gave away prizes to the winner. 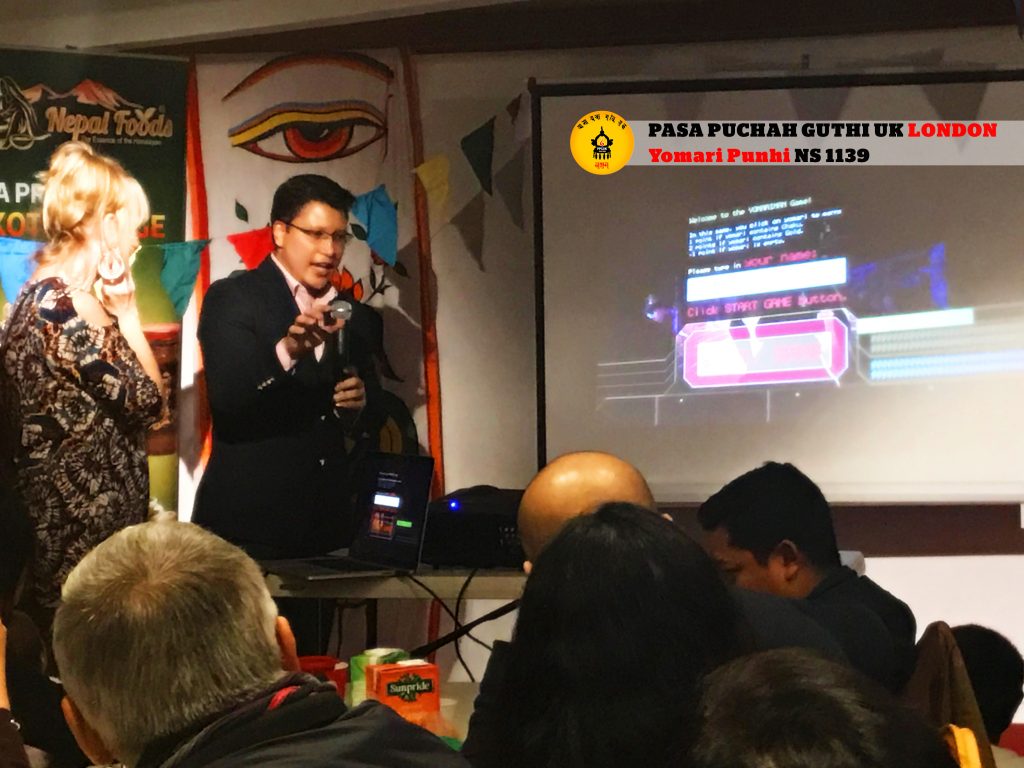 President of PPGUK London, Mr Sanyukta Shrestha introduced the audience with a computer game ‘Yomariman’ titled after a new fictional Nepali superhero. He informed that the game is developed as an entertaining way to educate kids about yomari culture and the importance of charity. The game was released by Mrs Cathy Manandhar who had been involved with managing Guthi kids since its formative years. The game is now available for free download for PCs here and for Macs here. Among 15 kids who played the game live on a big screen, Roni Shrestha, Renee Shrestha and Simrika Amatya received the first, second and third prizes from Vice-President Mrs Menka Shrestha. 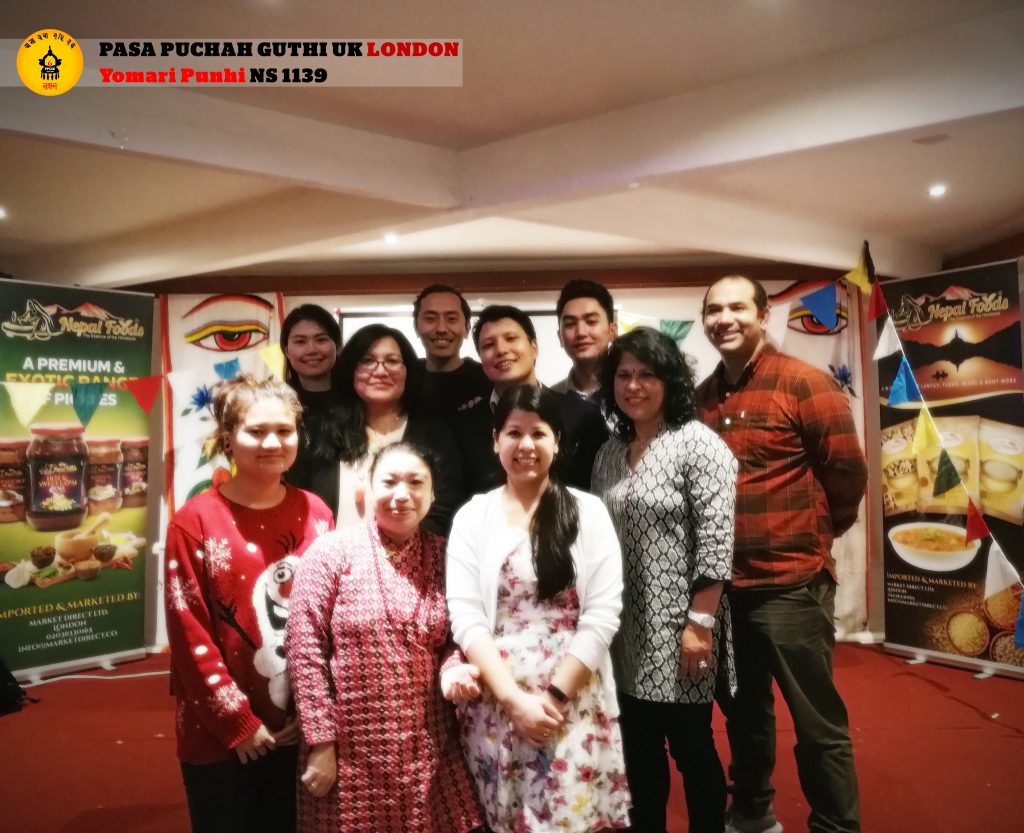 Keeping with the tradition of Yomari Punhi, all executive members and guests sang the traditional Yomari song ‘Tyo-Chhi-Tyo’ led by Nepalbhasha Poetess Mrs Gyani Shova Tuladhar. Over 225 Yomaris were then distributed to all present at the event. Prepared by the executive committee and  supported by Mrs Uttara Manandhar, Mrs Gyani Shova Tuladhar, Mrs Anjana Shrestha and Mrs Kriti Pradhan, the yomaris were stuffed with chaku (molasses), khuwa and gudpak. 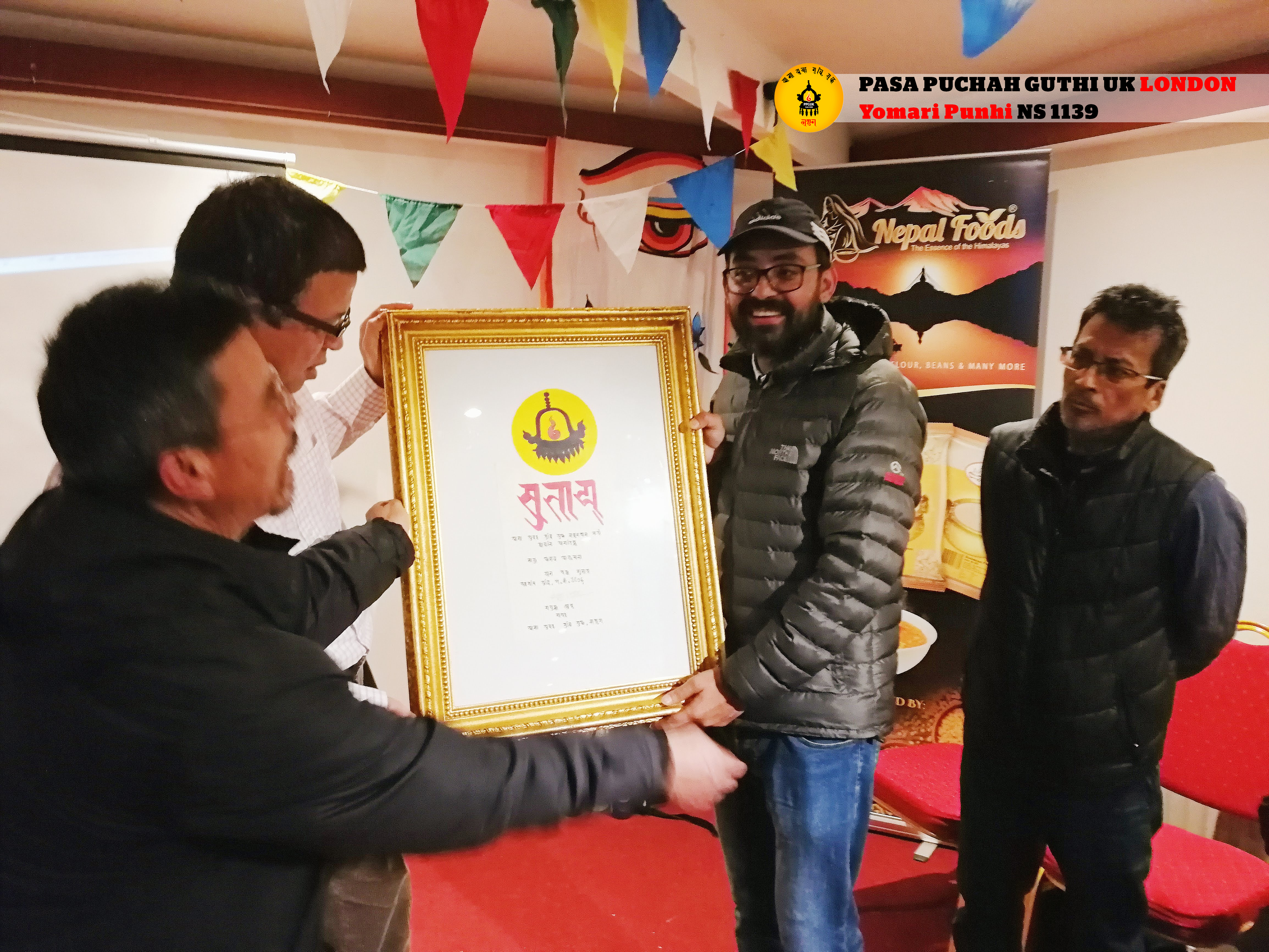 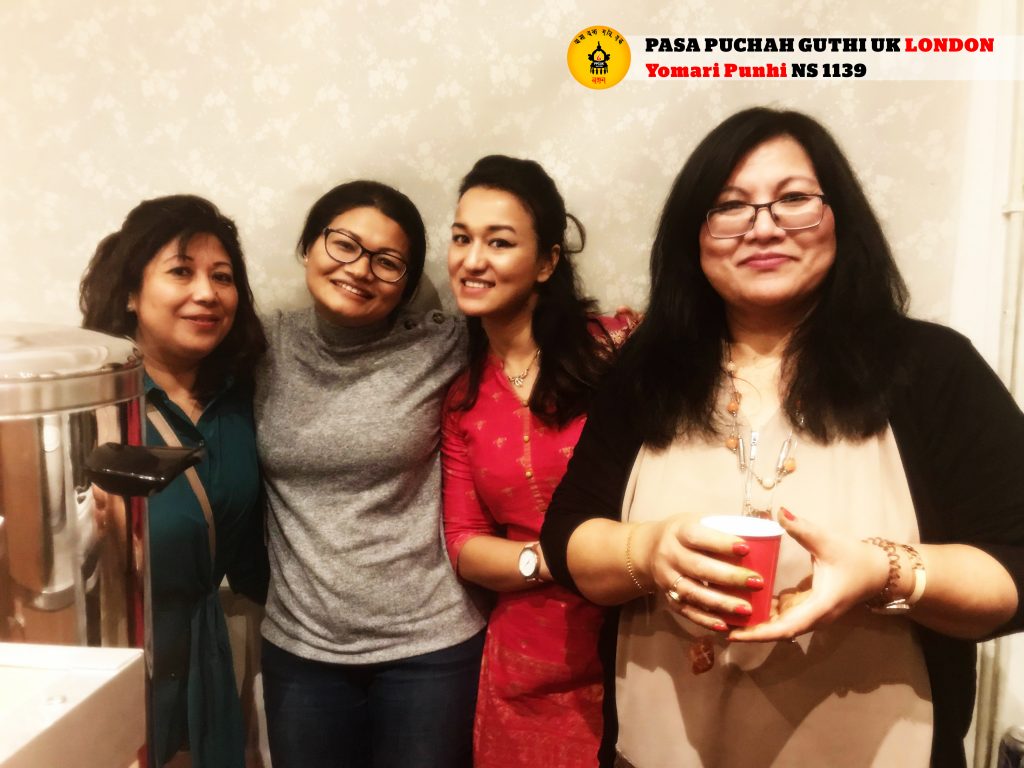 The event concluded by General Secretary Mr Sandeep Shrestha informing the guests regarding the upcoming events, which included a memorial talk on Padma Ratna Tuladhar on 20th January 2019, and a Kids’ Workshop on language, arts and technology in February 2019. 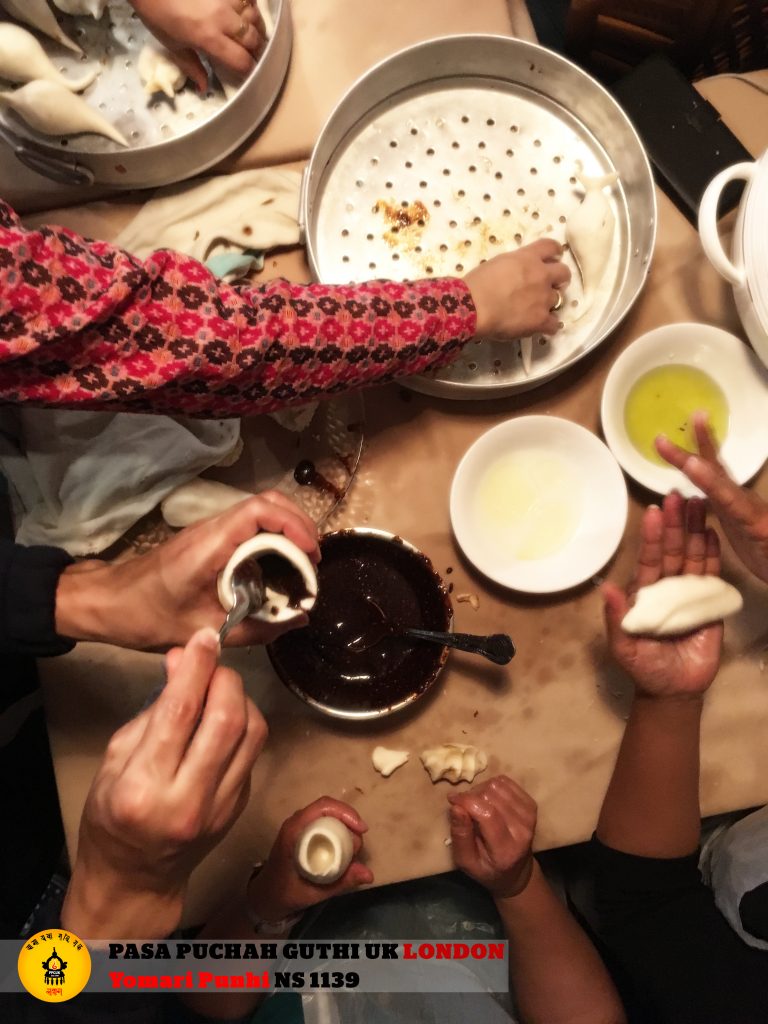 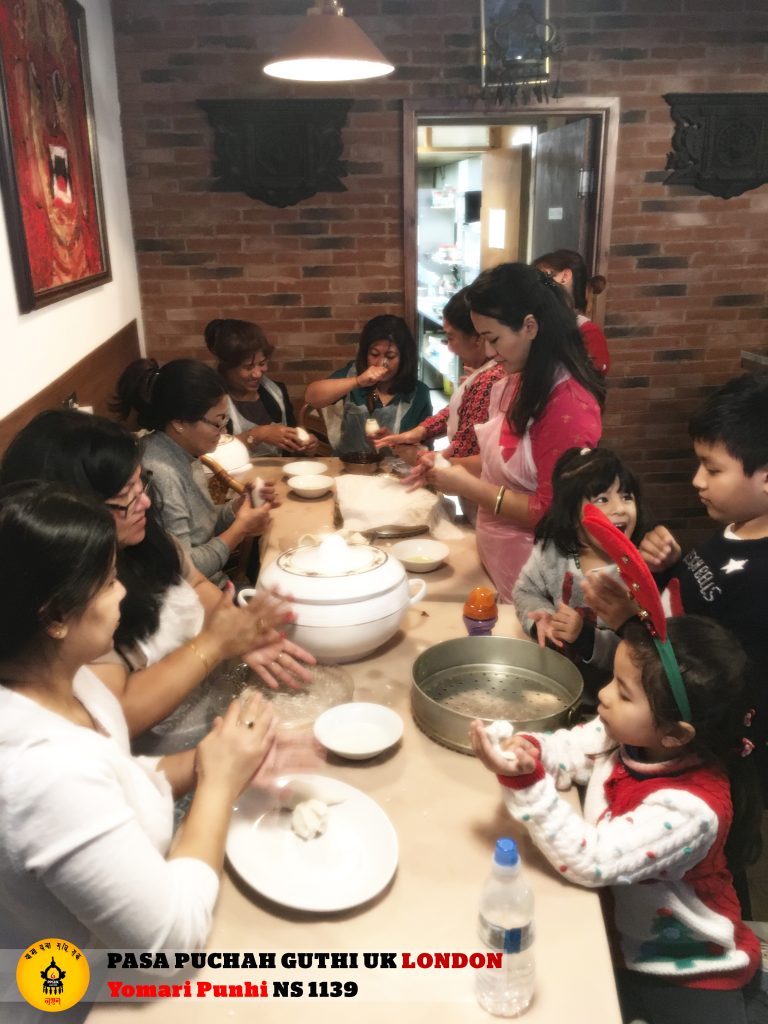 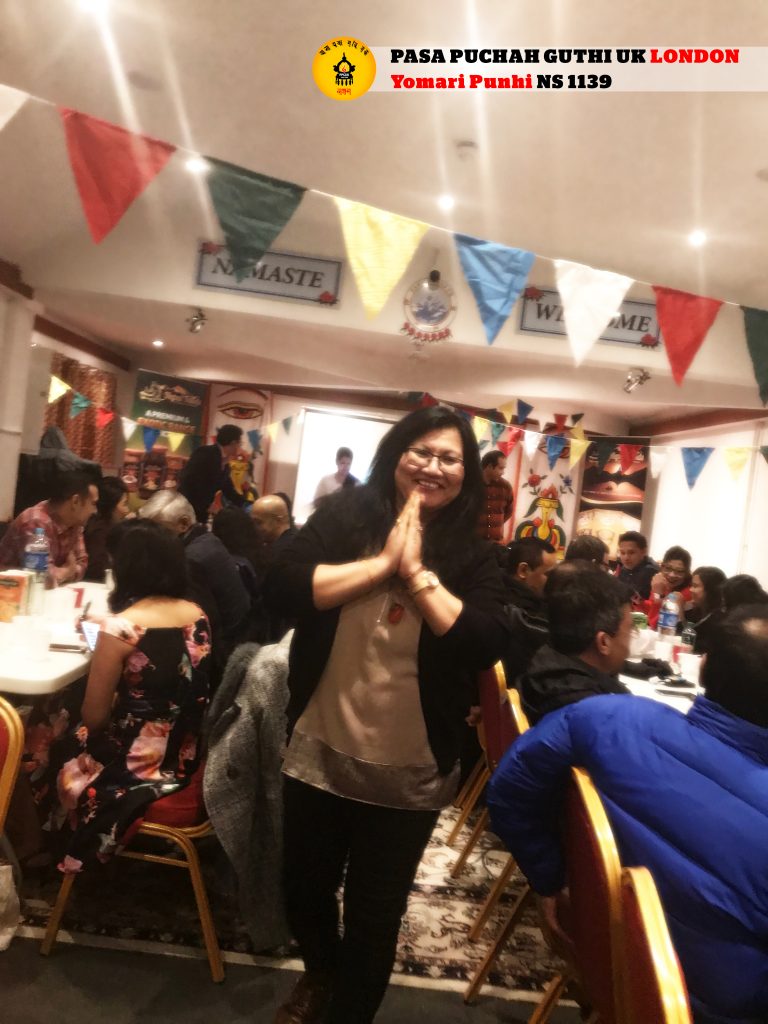