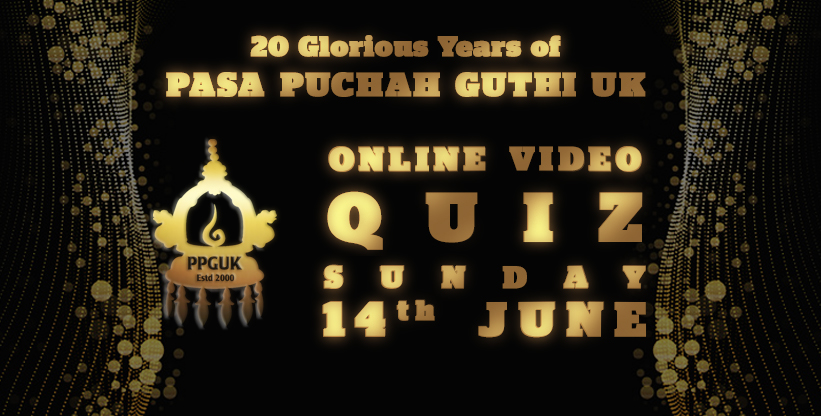 Pasa Puchah Guthi UK (PPGUK) London organised ‘20 Years of PPGUK Quiz’ which was hosted online and broadcasted through PPGUK London’s official Facebook group. The online event which lasted just over an hour and half was held to mark 20 glorious years of the establishment of PPGUK.

The quiz included 20 questions relating to the history of PPGUK, past and current events, activities and responsibilities of all chapters of PPGUK. While the quiz has graceful presence of NRNA President Ms Poonam Palmo as a guest, representation from all PPGUK chapters were present including President of PPGUK Board of Trustees Mr Ojesh Singh, President of PPGUK Reading Ms Janaki Kayastha, President of PPGUK Southeast London Mr Sushil Prajapati, General Secretary of PPGUK Aldershot Ms Pratima Joshi, Founding members Mr Balmukund Prasad Joshi, Mr Shashidhar Manadhar and Mr Amrit Ratna Sthapit. Once the questioning section was completed, Mr Ojesh Singh congratulated all present and past Executive and General Members for carrying PPGUK throughout the 20 years’ period. It was then followed by congratulatory remarks by Ms Poonam Palmo on PPGUK’s efforts of preserving Newah culture outside of Nepal for 2 decades.

Towards the end, President of PPGUK London Mr Sanyukta Shrestha extended his anniversary congratulations to all members of PPGUK where he expressed his strong belief in youth for taking PPGUK to greater heights. The first ever PPGUK Quiz concluded with a vote of thanks by Mr Sandeep Shrestha. 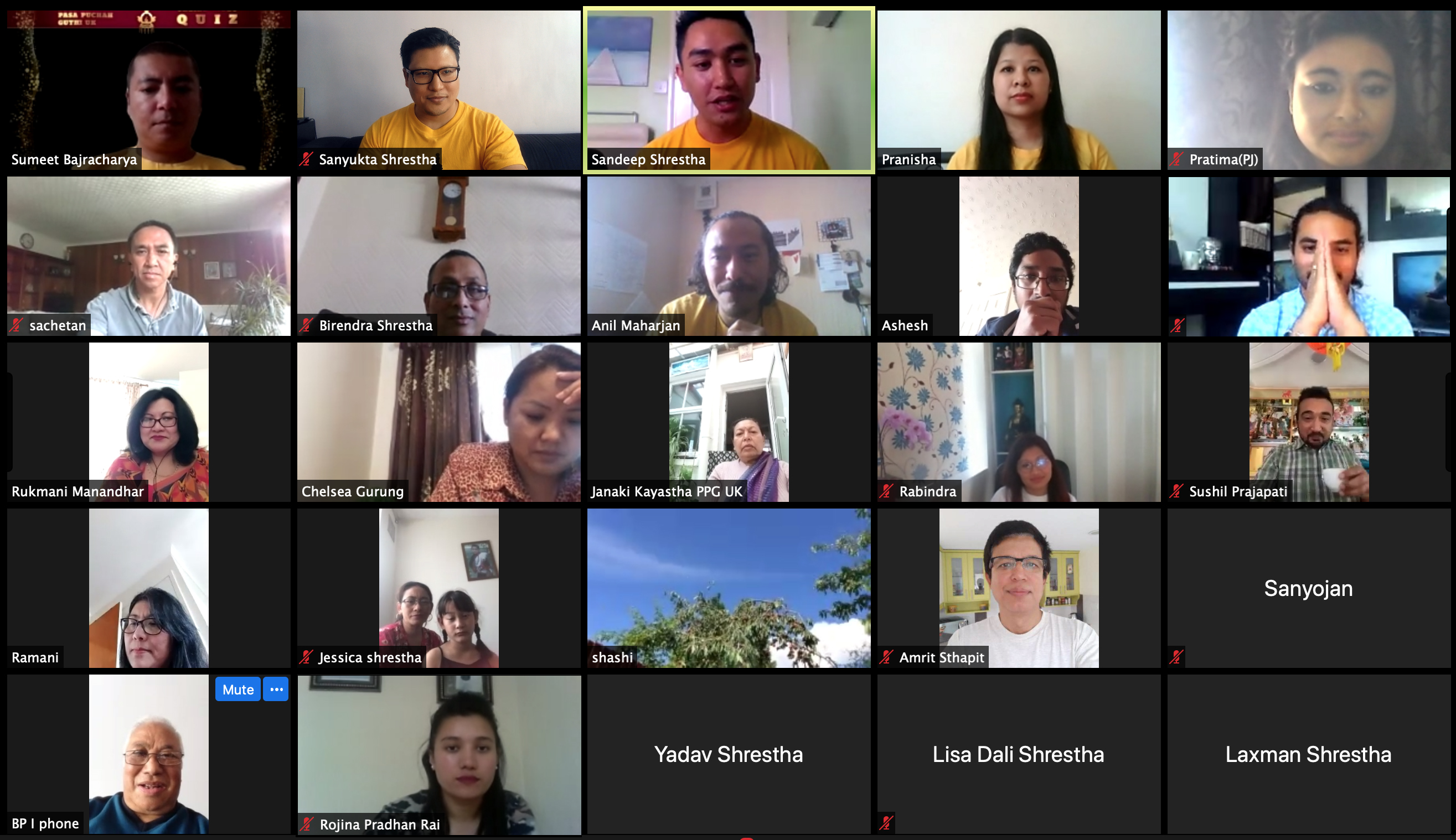