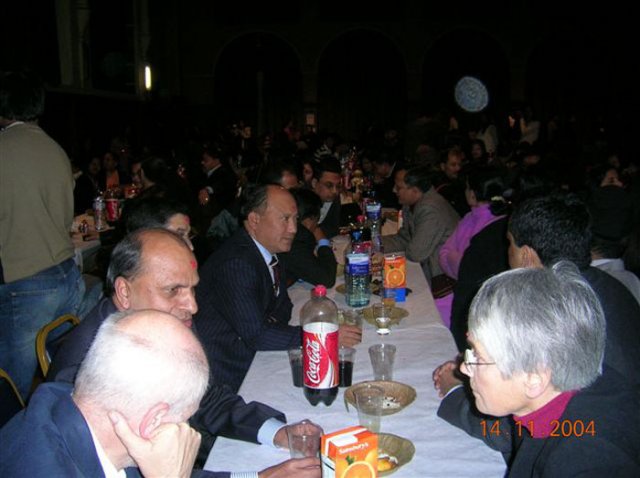 We are very please to announce that our Mha puja Vcd/Dvd is also coming out soon too. The Fund raised from our Mha puja Vcd/Dvd and Mha Puja Cds will go to the PPG UK fund for establishment of PPG UK office. For this great effort, PPG UK is indebted to Nepalese Youth Club UK and Â Mr Pabitra Man Shakya, Vice President and head of Â Mha Puja committee Nhu Dhan 1127.

The annual publication called Guthi a magazine published for the Mha Puja/Nepal Sambat 1127 celebrations was also launched by the President of PPG UK..

The most gracious performance of the night, Chariya,(Shiva Dum) by the professional dancer, Mr Charan Pradhan spellbound everyone. Lakhe dance by Mr Binod Chipalu and great performances by multitalented Mr Sanam Kumar Bairag, beautiful songs and dances by talented artists were other attractions of the night which won everyoneâ€™s heart too.

Once again on behalf of PPG UK I would like to thank all contributors, caterers, sponsors, advertisers, artists, volunteers, all members and non members who took their valuable time and joined us in our effort to celebrate Mha Puja , Nepal Sambat 1127.
Sincere apology as due to constrain of time we couldnâ€™t announce raffle draw please bear with us. We will be announcing it soon as possible. Also sincere apology if we missed anyone.