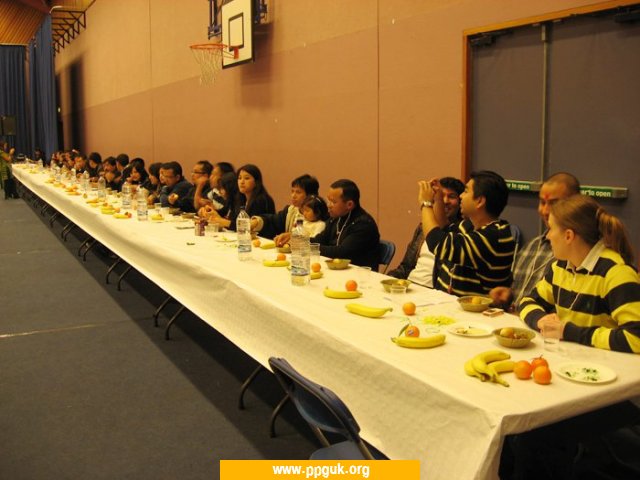 The door was opened at 1 PM and the program started at 2 PM. The event featured various cultural and traditional dances representing Newa culture, and concluded with an authentic lapatay bhwaye, where food is served to you, one item after another, on the leaf-plate, lapte, while you are seated, traditional feast of the Newahs.

During the formal section of the program, chief guest Dr Padma Ratna Tuladhar described the richness of Newa culture and heritage and emphasized on the need to preserve Newah culture and Nepalbhasa through practice in the foreign land. President, Dr Sachetan Tuladhar put light upon the need of showing united front for Newah to move forward.

The departing guest were given Masala-Po, an essential traditional packet in Mha-puja consisting of different nuts, dates, and chocolates.

They were also given Guthi magazine, an annual magazine published by PPGUK.