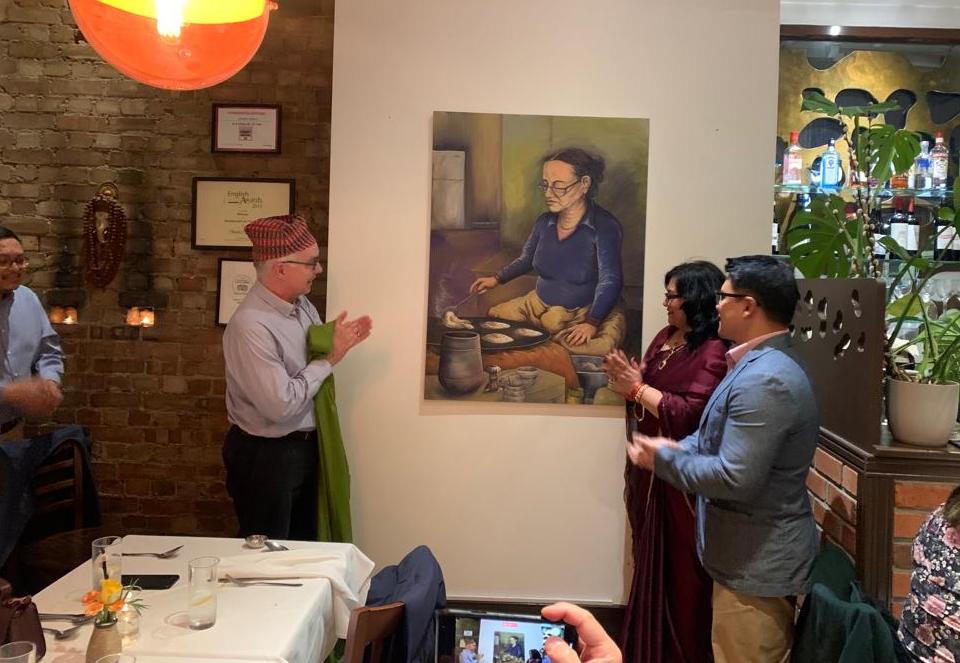 The event started with President of PPGUK London, Ms Rukmani Manandhar welcoming the guests with an introduction of HonaCha’s family business. Chief Guest of the event, Prof David N Gellner of Oxford University, reflected on the importance of Newah cuisine. Prof Gellner unveiled a portrait of Ms Shanti Byanjankar, the grand-daughter of HonaCha.

The painting by artist Sanyukta Shrestha, Vice-President of World Newah Organization and former President of PPGUK London, is on display at Monkey Temple Restaurant in West London. The painting is expected to introduce HonaCha’s legacy to the food lovers in London.

The event included the launching of a brand new three course meal in the honour of HonaCha by Bhupendra Shrestha and Anish Singh, the owners of Monkey Temple Restaurant. The meal set which included Wo, DayekuLaa, jhol Momo, and Samyebaji with ChhwoyeLaa, was highly praised by the guests from all ages who were present at the event. 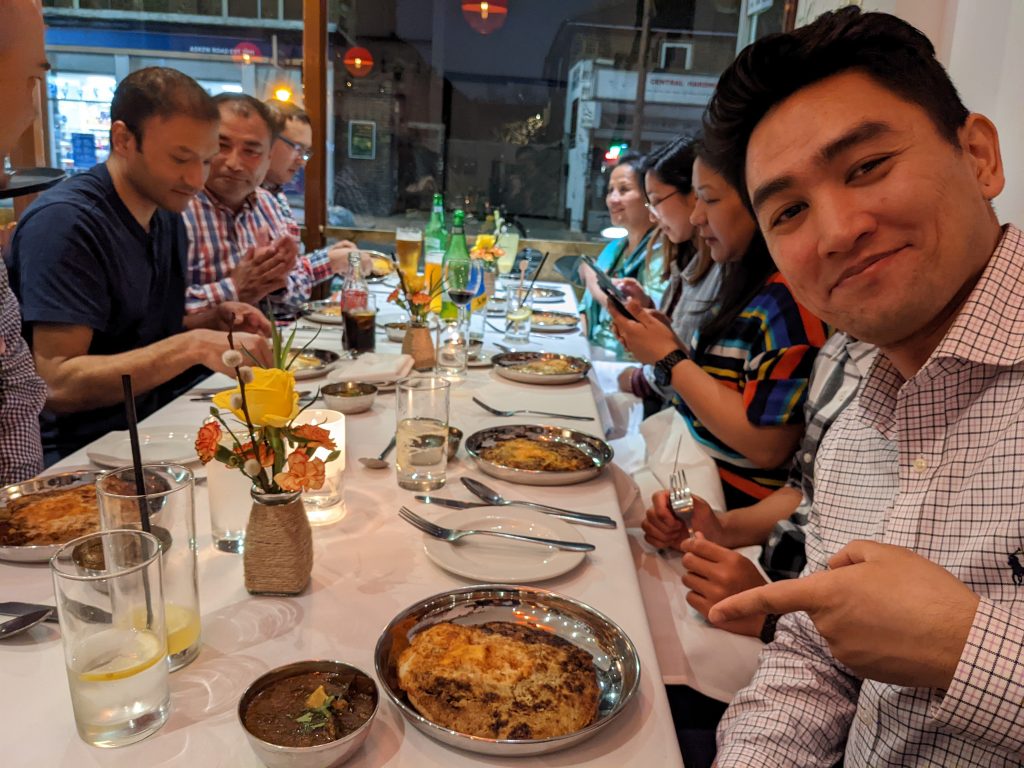 The event concluded with a vote of thanks by Sandeep Shrestha, Vice-President of PPGUK London. Events marking World Newah Day are being observed around the world on the last Saturday of March, including New York, Seattle, Washington, Brompton, as well as Kathmandu. 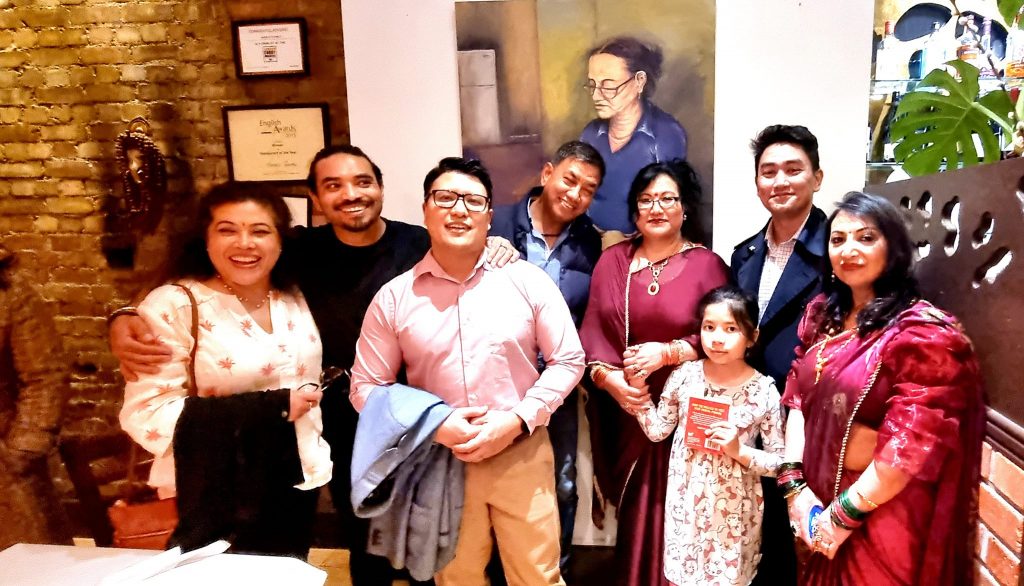