Working towards a future where traditional Nepalese art and culture is passed on to the next generation through mediums chosen by the kids themselves, and with a vision to invest on its members, Pasa Puchah Guthi UK London organised its first GUTHI KIDS’ DAY where 23 kids from London, Manchester, Basingstoke and Cambridge enthusiastically participated in four different workshops on traditional Nepalese painting ( पौभा ), story-telling ( बाखँ कने ), music and Minecraft 3D modeling. The event was free for kids and attracted 20 parents as well who made the best of the day networking and learning about Guthi’s aspirations and objectives.

Organised in ABI College in Acton, guests enjoyed their breakfast in two sessions for kids and adults, where President of PPPGUK London elaborated on the objectives and structure of the workshops. Also present at the event, one of the PPGUK Founding members Mr Balmukund Prasad Joshi expressed that learning for kids should be in the medium they enjoy and the works of PPGUK London have been exemplary in this direction. Another founding member Mr Arjun Pradhan thanked the parents who travelled from all across UK to help their kids gain the traditional skills.

In the first workshop on Story-telling, executive member Ms Leung Ping read out the story ‘Twartwar Prasad’ in English which was exclusively written for the event by author Ms Sushma Manandhar to teach the kids the value of love and unity for one’s own community. It was also read in Nepalbhasha by culture secretary Ms Pranisha Shakya for an opportunity to the kids to improve their Nepalbhasha listening. President Mr Sanyukta Shrestha made sure important Nepalbhasha words were being understood by the kids by questioning them inbetween. The session ended with kids participating in reading parts of other traditional Newah stories like ‘Why monkeys do not speak” by Ms Linda Griffin and Mr Karna Shakya. 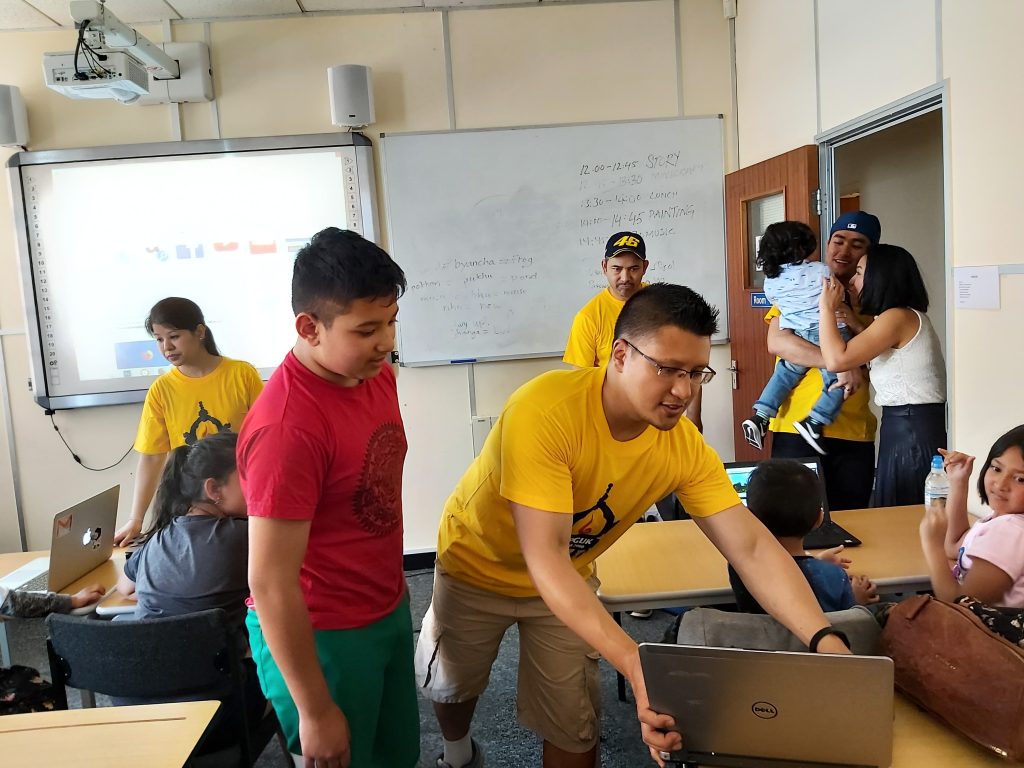 In the second workshop on 3D modeling, kids had hands-on training on Minecraft software. Selected kids demonstrated their skills in Minecraft while others learnt the skills needed for building 3D block to design traditional Nepalese architecture in digital platform. They were also made familiar with programming codes that can help their reasoning and automation techniques through computer software. 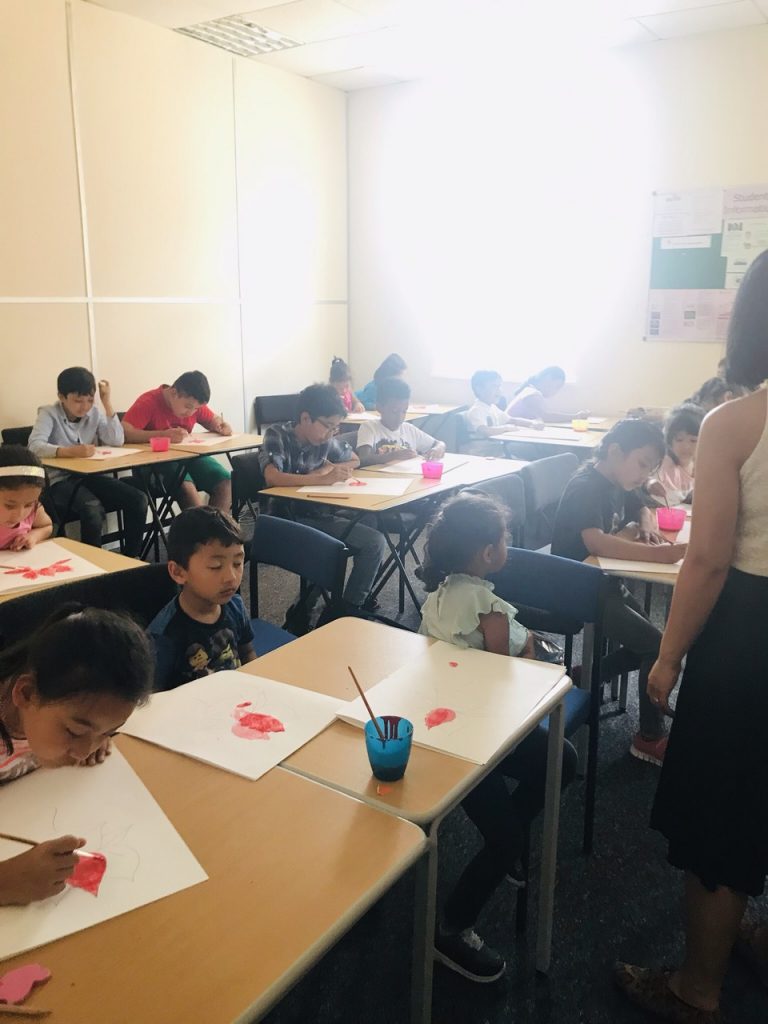 In the third workshop on Painting, President Mr Sanyukta Shrestha introduced kids to the traditional Nepalese painting style of Paubha. General secretary Sandeep Shrestha, culture secretary Pranisha Shakya and volunteer Kritishre Pradhan made sure kids were provided with required stationary to paint a traditional lotus ( पद्म ), the symbol of primordial purity of body, speech, and mind, floating above the muddy waters of attachment and desire. 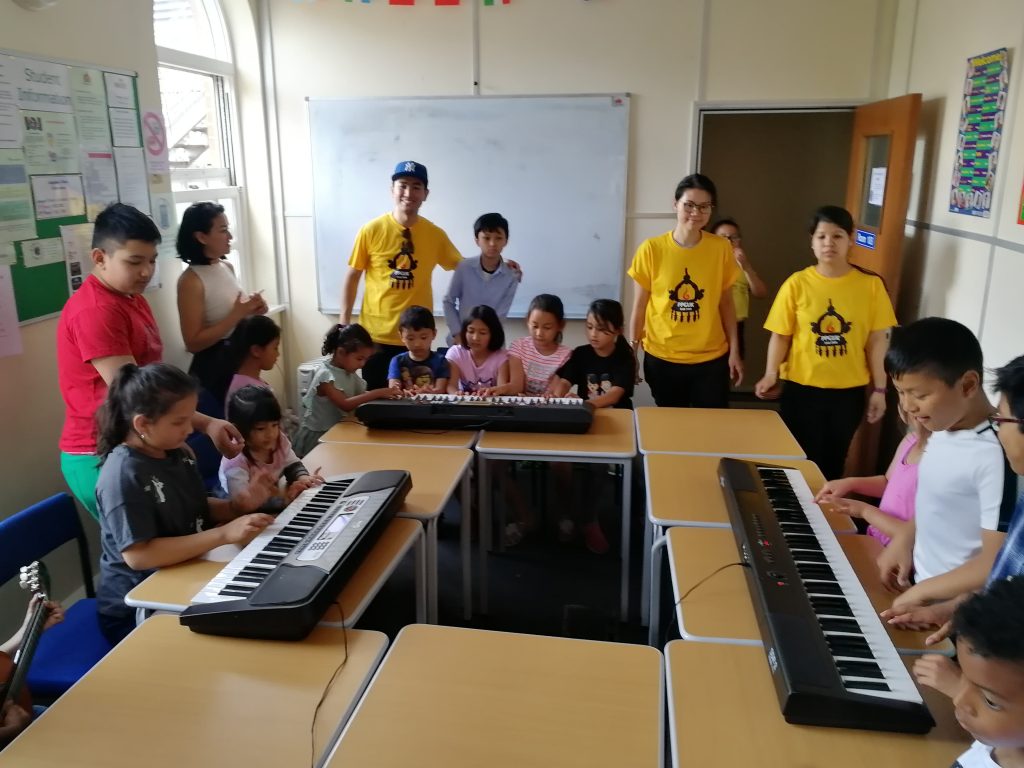 In the fourth and last workshop of Music, General secretary Mr Sandeep Shrestha acquainted the kids with traditional Nepalese tunes like Malashree dhun, a classical tune played in Newar community during the winter season and now incorporated into mainstream music popularly known as the Dashain dhun. Executive member Leung Ping and volunteer Kritishre Pradhan made sure that kids were provided with a number of piano/keyboards and guitars to play the tune.

The event concluded with the sale of PPGUK branded t-shirts, and further networking amongst the kids and parents who asked for more of such events in the future. 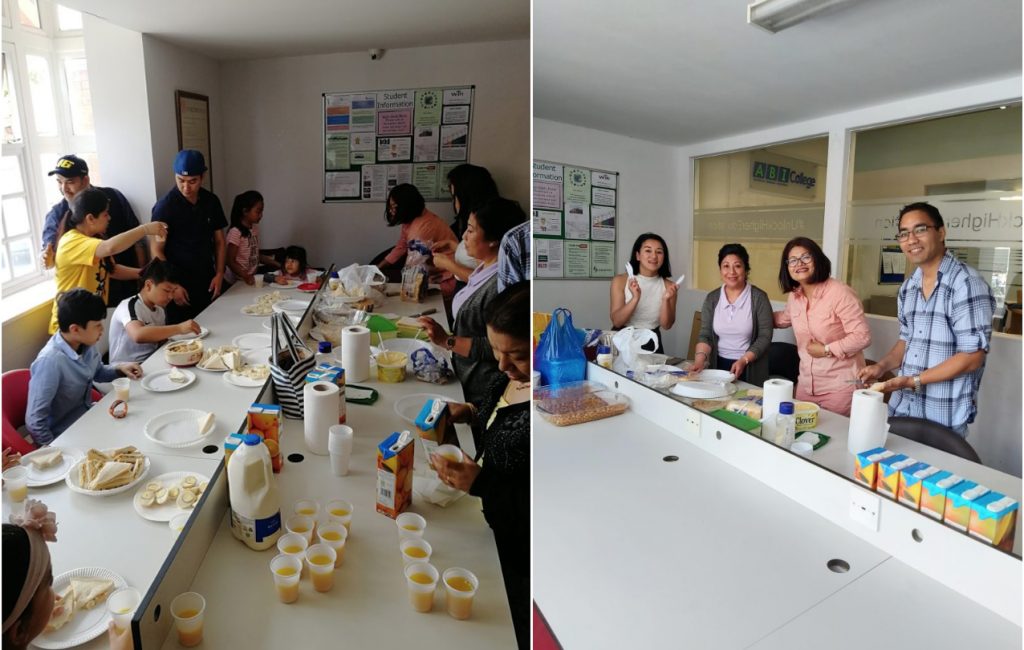 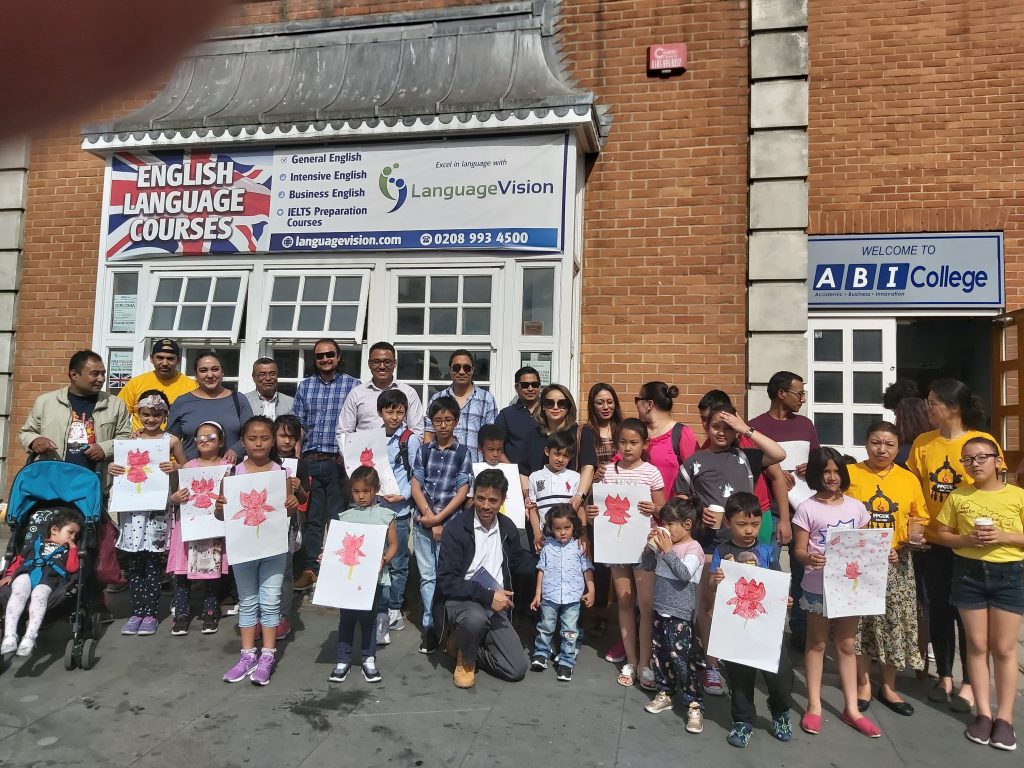 Kids with their achievements from the various workshops, and funding member Mr Arjun Pradhan (front middle) 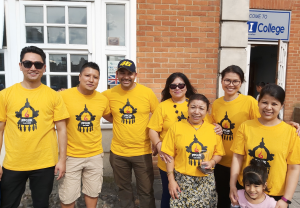 Part of the PPGUK Executive committee who organised the Guthi Kids’ Day 2019.