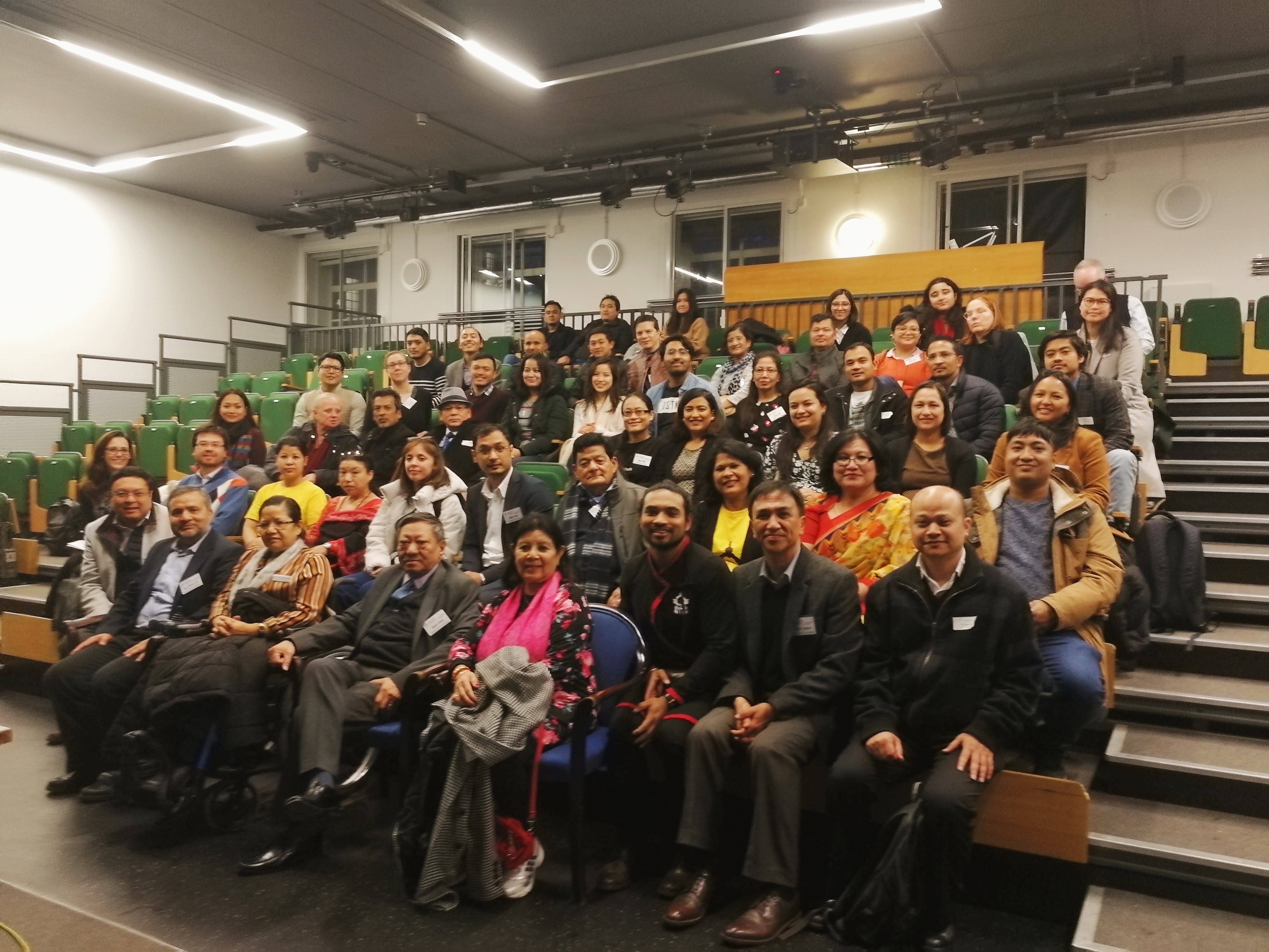 On 1st February 2020, Pasa Puchah Guthi UK (PPGUK) London organised ‘Guthi Conference 2020’ jointly with South Asia Institute, SOAS University. Under the theme of ‘Newah culture and heritage’, the European conference was held at SOAS University of London. 70 researchers, students and the members of PPGUK London attended the conference actively interacting with 10 presenters from Europe and Nepal.

President of PPGUK London Mr Sanyukta Shrestha gave an introduction of the conference. He expressed his concerns over the decreasing number of students enrolling for Nepal studies in various London universities, as well as termination of various humanities related courses and university departments worldwide. PPGUK London will continue to organise academic events in the future and support students of Nepal studies in the days to come, he added. 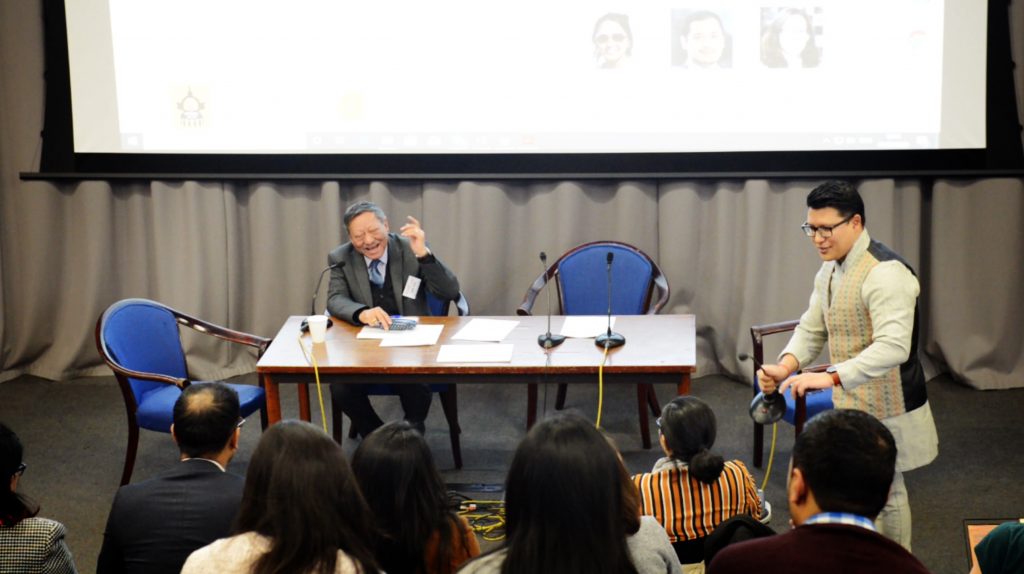 Dr Shaphalya Amatya, ex-Director General of Department of Archaeology, Government of Nepal, delivered the keynote address. Titled ‘Nepali Architecture: History and some of its unique features’, Dr Amatya gave a brief overview of the historical timeline of Nepali architecture. He emphasised on the unique aspects of Nepali traditional architecture and the losses it had to bear after the 2015 Gorkha earthquake. He added that the act of preservation should not be done in haste but follow the proper scientific study. 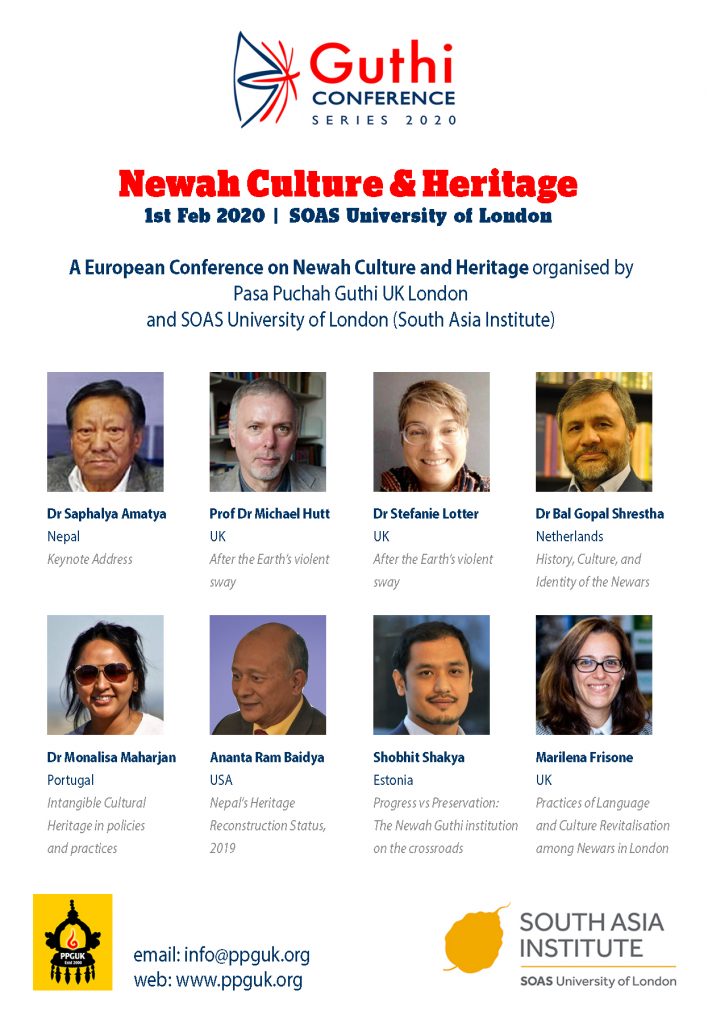 In the first session chaired by Dr Stefanie Lotter from SOAS university, heritage documentarian Mr Alok Siddhi Tuladhar from Nepal presented on the current issues with the sites of Ranipokhari and Tundikhel. Architect Ms Binita Magaiya from Nepal briefed on several other heritage sites in Kathmandu including Kasthamandap, and the recent findings from Jaya Bageshwori temple. As the third speaker, an engineer from San Diego, USA, Mr Ananta Baidya’s video presentation on technical aspects of preserving various sites after the 2015 earthquake was played before concluding the session. 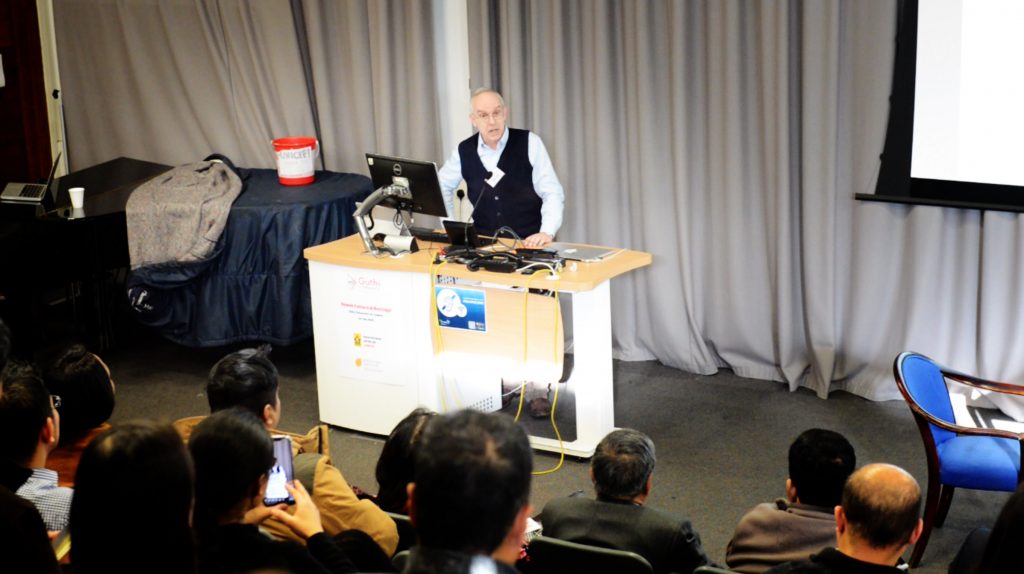 The second session was chaired by Prof David Gellner from Oxford University. In this session, Prof Michael Hutt and Dr Stefanie Lotter from SOAS university presented about their ongoing project ‘After the Earth’s violent sway’. 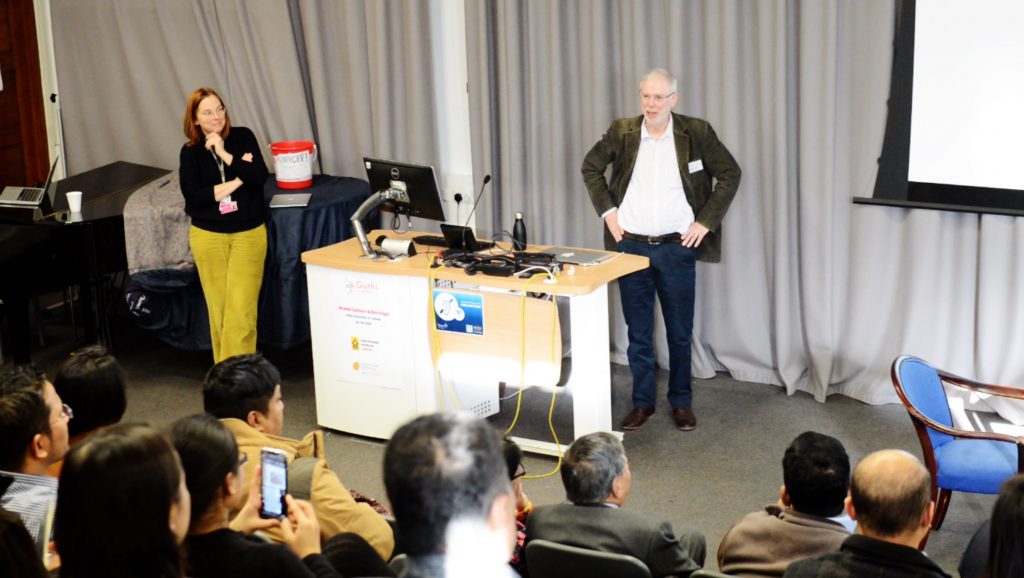 Prof Hutt gave a walkthrough of a digital repository with an exhaustive collection of materials related to the post 2015 earthquake, as one of the outcomes of the project. He further elaborated on the popular iconisation of the Dharahara and its relationship to a revival of Nepali hill nationalism. Dr Stefanie Lotter explained about her research on the people’s responses to the earthquake through expressive tattoos on their bodies. 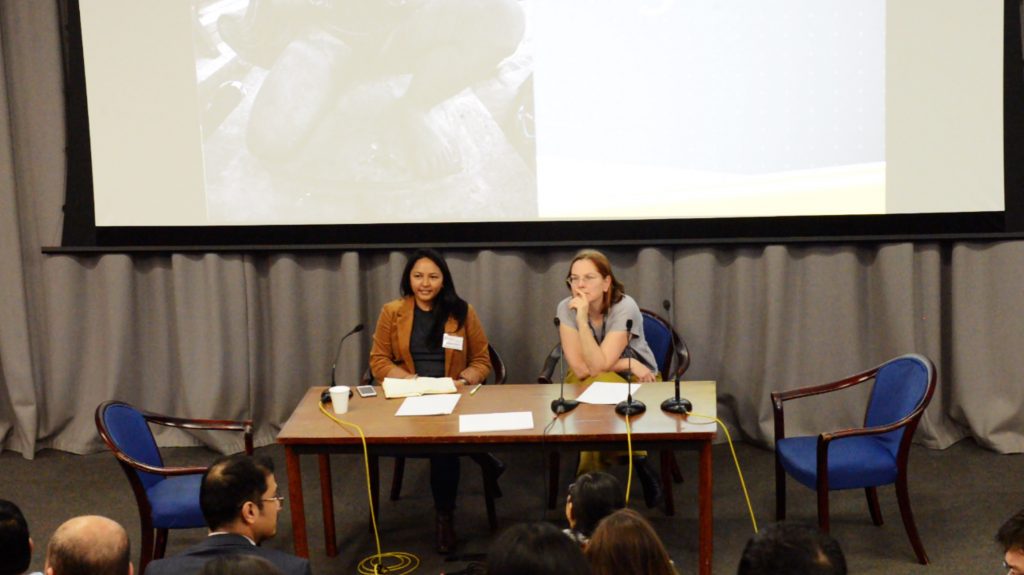 Final speaker of the session, Dr Monalisa Maharjan, a research fellow at the UNESCO Chair for Intangible Cultural Heritage, Portugal, presented on intangible cultural heritage in policies and practices. She gave an overview of what intangible heritage means, using various examples from around the world, and emphasized on their importance.

The third session was chaired by the President of PPGUK Board of Trustees Mr Ojesh Singh. In this session, Dr Bal Gopal Shrestha from Oxford University gave an overview of the Newah community through the various perspectives of history, culture and identity. His most recent publication ‘Jheegu Sakwo Dye’ was jointly launched at the event by Prof Gellner and Prof Hutt.

In the same session, Mr Shobhit Shakya from Tallinn University of Technology, Estonia, presented on the Newah Guthi institution, and it’s progress as opposed to preservation. Elaborating how institutions cannot persevere withholding evolution, he suggested that Newah Guthi Institution may be on the crossroads where inevitable changes await. Final speaker of the session, Ms Marilena Frisone from SOAS Nepalbhasha Club presented on the practices of language and culture revitalisation among Newar migrants in London. She discussed the challenges and new ethnographics scenarios citing a number of case studies as well as known theoretical frameworks. 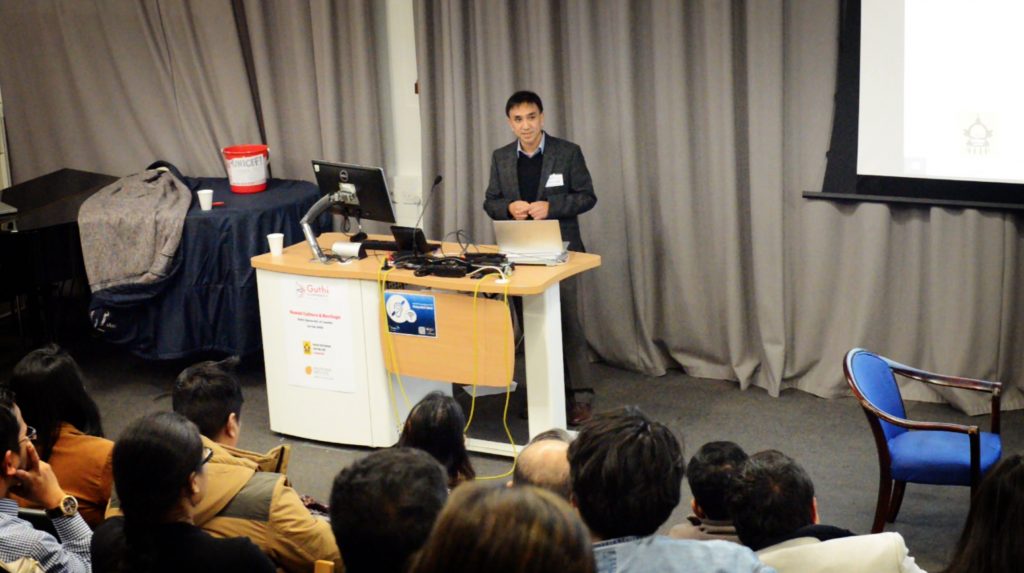 Past President and the current advisor of PPGUK London, Dr Sachetan Tuladhar concluded the sessions with his remarks. He summarised the learnings from the conference and expressed that heritage is an emotional and personal topic for everyone. Joint secretary of PPGUK London Mr Anil Maharjan gave vote of thanks to all presenters, contributors and the audience.